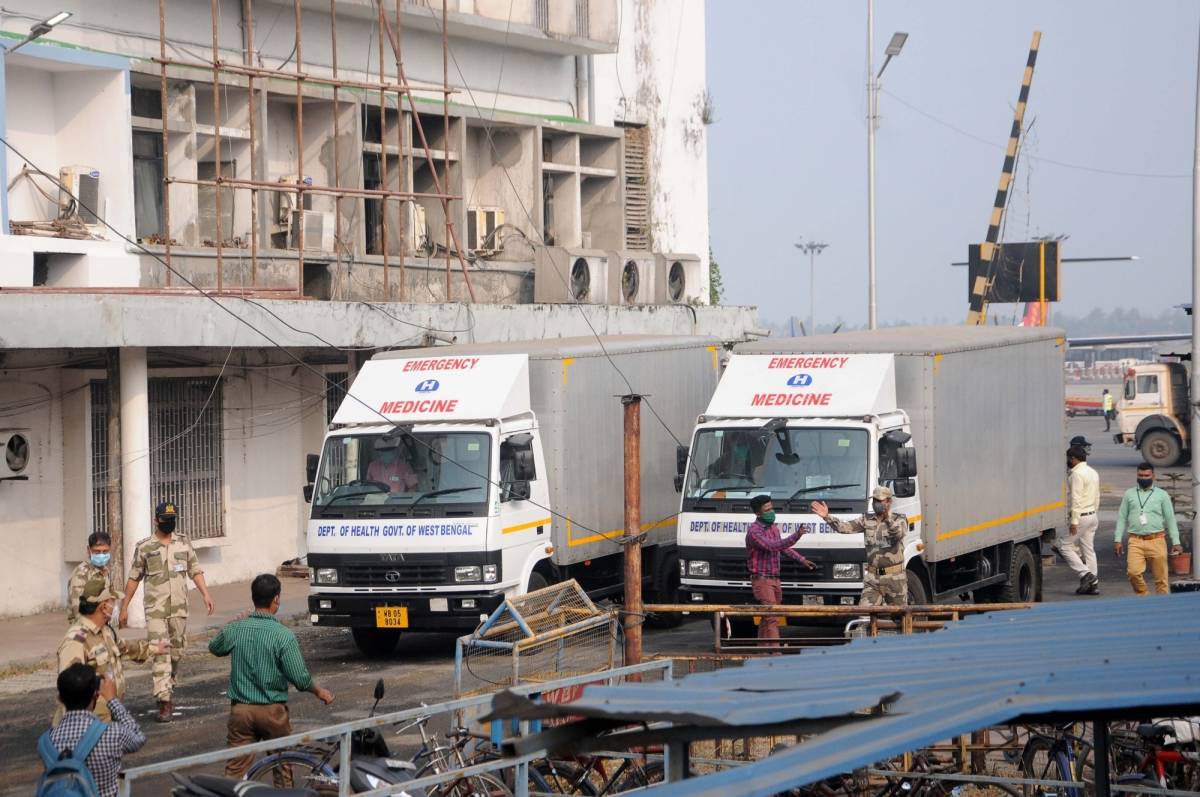 After Assam and Meghalaya, three more northeastern states – Tripura, Manipur and Sikkim – on Wednesday saw Covid-19 vaccines reach them for the first round of immunisation, officials said.

While Assam received the second consignment of Covid-19 vaccine on Wednesday after the first delivery on Tuesday, Tripura, Manipur and Sikkim received their first lot.

Manipur Chief Minister N. Biren Singh, who received the 54,000 doses of Covishield vaccine at Bir Tikendrajit International Airport in Imphal, told the media that the first phase of vaccination for frontline workers would begin on January 16 along with the rest of India.

Civil Aviation Minister Hardeep Singh Puri, in a tweet on Wednesday, announced that the vaccine consignment for Sikkim had been handed over to the state at West Bengal’s Bagdogra Airport.

“In the first phase, the vaccine would be administered among 45,000 beneficiaries in 152 locations across eight districts,” Jaiswal, a physician turned IAS officer, told IANS.

Assam received the second consignment of Covid-19 vaccine on Wednesday as a cargo flight carrying 12,000 doses of Covaxin landed at the Lokopriya Gopinath Bordoloi International (LGBI) Airport in Guwahati.

Airport Authority of India’s Regional Executive Director (North East Region) M. Suresh said that the LGBI Airport has been designated as the nodal place of distribution of vaccines for all northeastern states, excluding Sikkim, and it is equipped to transport such medical consignments to the neighbouring states.

The first batch of 2.40 lakh vials of Covid-19 vaccine for Assam and Meghalaya had arrived on Tuesday.