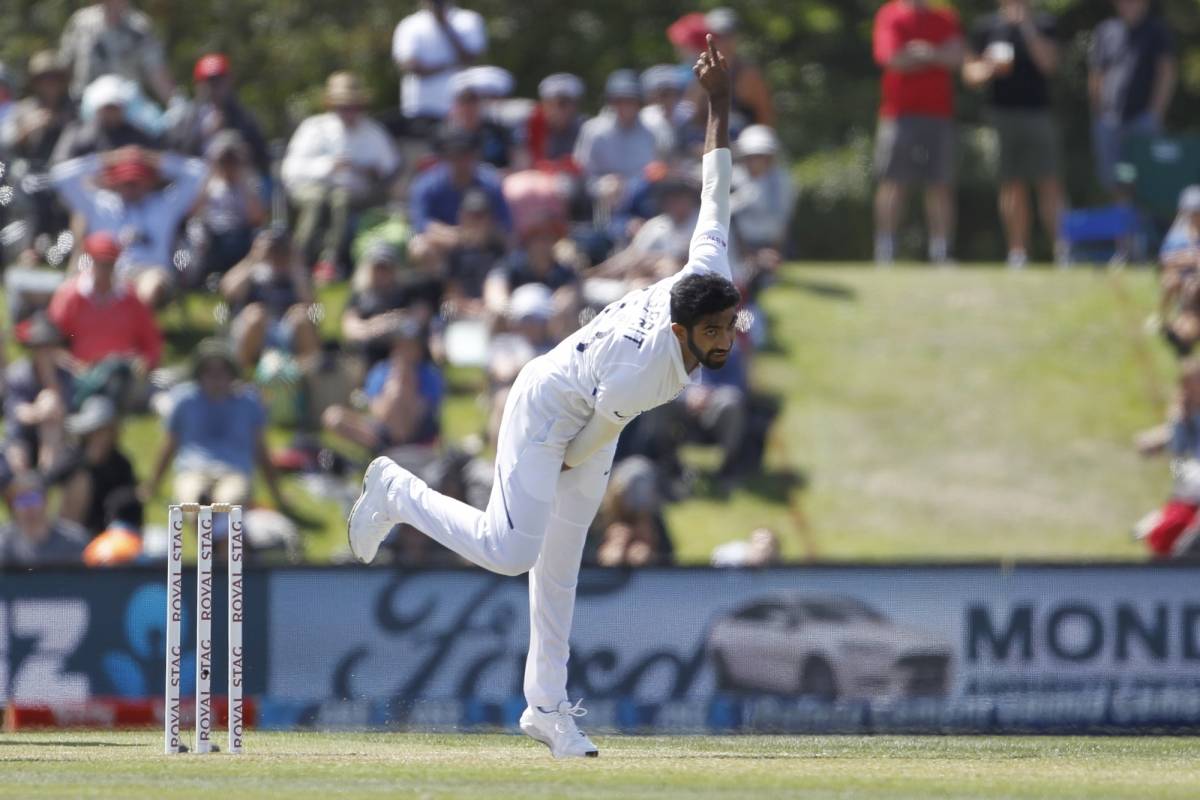 If fast bowler Jasprit Bumrah doesn’t play in the fourth and final Test starting here on Friday, India’s pace department could at best have a combined Test experience of four matches as compared to Australia’s 150. And, if spinners are included, Australia’s experience shoots up to 249 Tests against India’s 78, including that of off-spinner R Ashwin. In case he is not fit to take field, and Chinaman Kuldeep Yadav does, India’s combined bowling experience would be an abysmal 10.

Bumrah is doubtful after he suffered an abdominal tear during the third Test, which ended in Sydney on Monday, and although the Indian team management says the decision will be taken over the next couple of days on observing his progress, the brief three-day period between the third and the fourth matches could force the team to sit him out if he fails to recover.

In case India include uncapped T Natarajan, instead of either Saini or Shardul, the experience will drop to just three Tests.

The Indian team already has a depleted look following injuries to Mohammed Shami and Umesh Yadav, both of whom got injured after the first and the second Tests respectively.

Experienced pace bowler Ishant Sharma, who has toured Australia four times, didn’t make it to the team for the Australia tour as he was recuperating from an abdominal tear. Though now he is fit and playing for Delhi in the Syed Mushtaq Ali T20 tournament, the Covid-19 restrictions prevented replacements to be sent to Australia.

It leaves India with a weak line-up, one that is thin on experience.

For Aussies, in contrast, the combined experience of Mitchell Starc, Pat Cummins and Josh Hazlewood adds up to 147 Tests. With pace-bowling all-rounder Cameron Green’s three-Test experience, it comes to 150.

Even with Bumrah in, India don’t have any pace bowler who has the experience of playing at the Gabba. He toured Australia for the first time in 2018-19 and India did not play any Test in Brisbane on that tour. The Gabba is considered to be a fortress for Australia and their pace bowlers are most well-equipped to bowl there.

India’s other worry will be the availability of Ashwin, who woke up on Monday with a tweaked back and batted with it to help India draw the third Test with his dogged batting (39 off 128 balls).

On this tour, Kuldeep has played just one ODI and one warm-up, in which he bowled just 16 overs. That has been the only cricket he has played post lockdown.

Kuldeep’s last Test match, incidentally, came exactly two years ago, on the last tour of Australia during the Sydney Test in which he took a fifer.

India though will be hoping that Bumrah and Ashwin regain fitness for the fourth and the final Test.