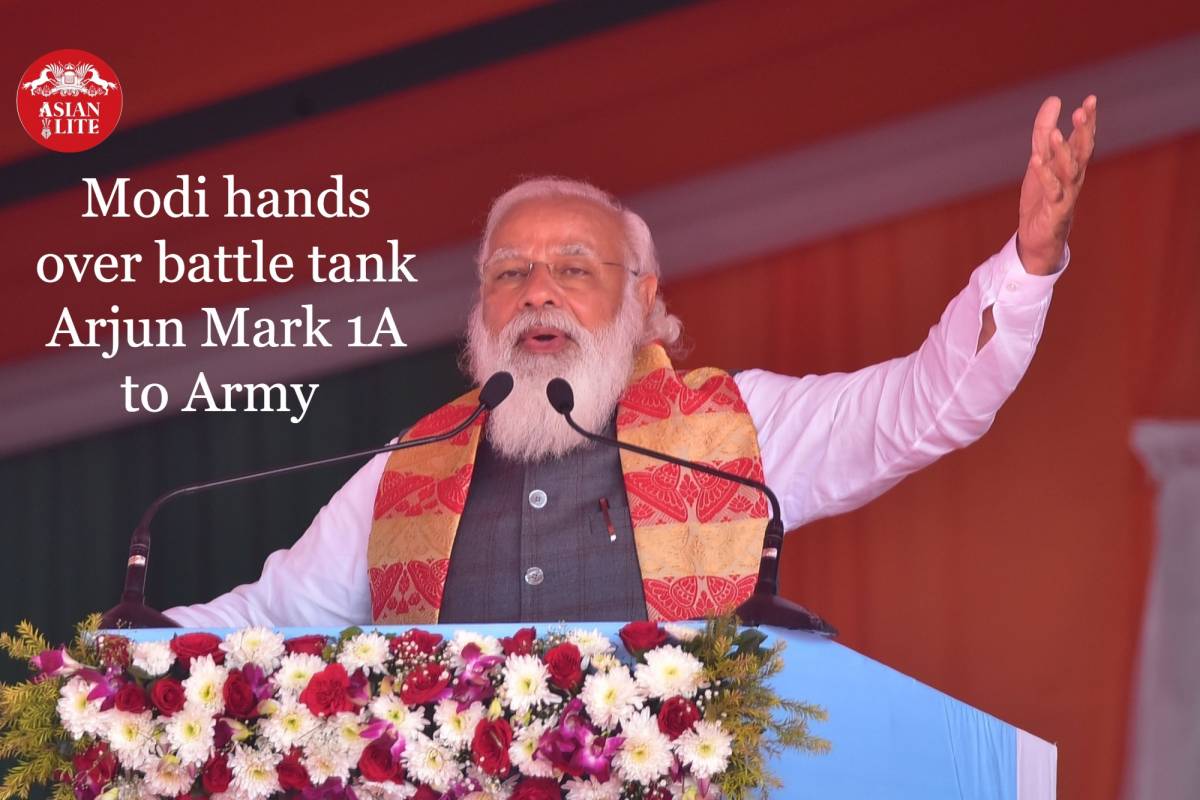 PM hands over battle tank Arjun Mark 1A to Army

He accepted a salute by the state-of-the-art tank, indigenously designed, developed, and manufactured by the Defence Research and Development Organisation’s (DRDO).

The Defence Ministry had recently cleared the induction of 118 Arjun Mark 1A tanks into the Indian Army, costing around Rs 8,400 crore.

The Prime Minister later proceeded to the Jawaharlal Nehru Indoor stadium to launch several projects in the poll bound state. He inaugurated the Chennai Metro Rail Phase-I extension, completed at a cost of 3,770 crore rupees.

He also flagged off passenger services from Washermenpet to Wimco Nagar. This 9.05 km long extension links North Chennai with the Airport and Central Railway Station.

Modi also inaugurated 22 km long fourth Railway line between Chennai Beach and Attipattu. It will be an additional track to Thiruvallur districts meant to ease out traffic from Chennai Port.

Railway Electrification of single line section in Villupuram – Cuddalore – Mayiladuthurai – Thanjavur and Mayiladuthurai-Thiruvarur completed at a cost of Rs 423 crore is also being launched.

The electrification of this 228 km route will enable free flow of traffic without the need for a change of traction between Chennai Egmore and Kanyakumari.

The Prime Minister also laid the foundation stone for the Discovery Campus of IIT Madras.

The Campus is to be built at Thaiyur near Chennai at an estimated cost of Rs 1,000 crore in the first phase, over an area of 2 lakh sqm.

The Prime Minister also laid the foundation stone for the extension, renovation and modernization of the Grand Anicut Canal System, which is an important source of irrigation in the delta districts.

The modernisation of this canal will be taken up at a cost of Rs 2,640 crore.