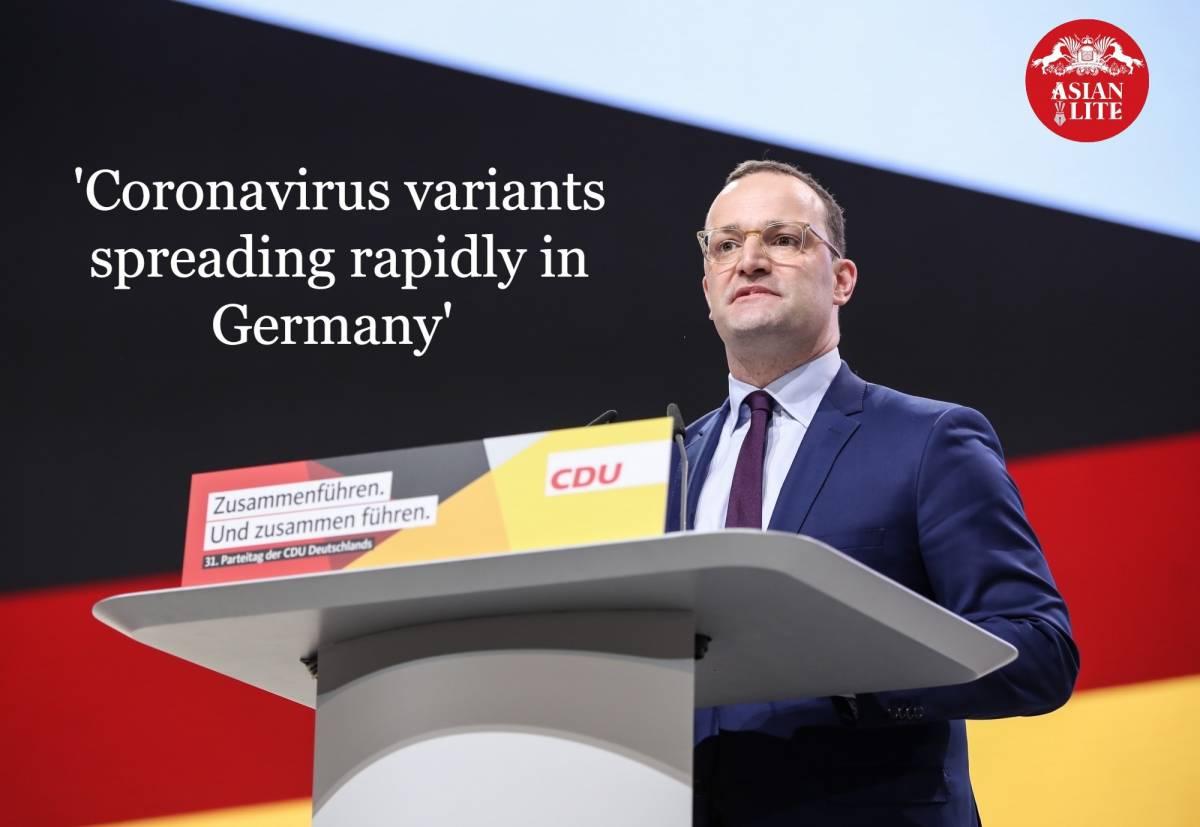 Germany’s Minister of Health Jens Spahn informed that the more contagious variants of Covid-19 virus spreading rapidly. In particular, the variant that was first detected in the United Kingdom (UK) is “causing us concern,” Spahn said. “We must expect that variant to soon become the dominant one in our country as well”, Xinhua news agency reported on Wednesday.

The Robert Koch Institute (RKI) and laboratories in Germany have analyzed more than 23,000 positive polymerase chain reaction (PCR) tests. The results showed that the variant identified in the UK already accounted for more than 22 percent of all new infections, according to Spahn.

Two weeks ago, the share of the variant known as B.1.1.7 in the examined samples stood at six percent only, the RKI said.

“As has been observed in other countries, the share of infections with this variant of the virus doubles around every week,” Spahn said.

A total of 7,556 new infections within one day were recorded, according to RKI. To date, more than 2.35 million infections have been registered in Germany since the outbreak of the pandemic.

Although the coronavirus variants continued to spread in Germany, Spahn noted that it was “encouraging” that the infection numbers were declining, showing that the anti-virus measures were working. However, in view of the rapid spread of variants, it remains important to be “very careful” with lockdown relaxations.

Germany announced lockdown soon after the country hit with the second wave in November. Health regulations have since been tightened and the lockdown was extended until at least March 7. Non-essential shops, restaurants and leisure facilities are closed, and strict contact restrictions apply.

Rapid tests were “important tools” in the fight against the pandemic. The government has already expanded the use of coronavirus rapid tests, and now offers preventive testing in nursing homes and hospitals as well, Spahn added.

The next step is to give all citizens in Germany the possibility to be tested free of charge by trained staff with rapid antigen tests from March onwards. “The more people are warned and can ascertain whether they are infected or not before they infect others, the better,” said the minister.