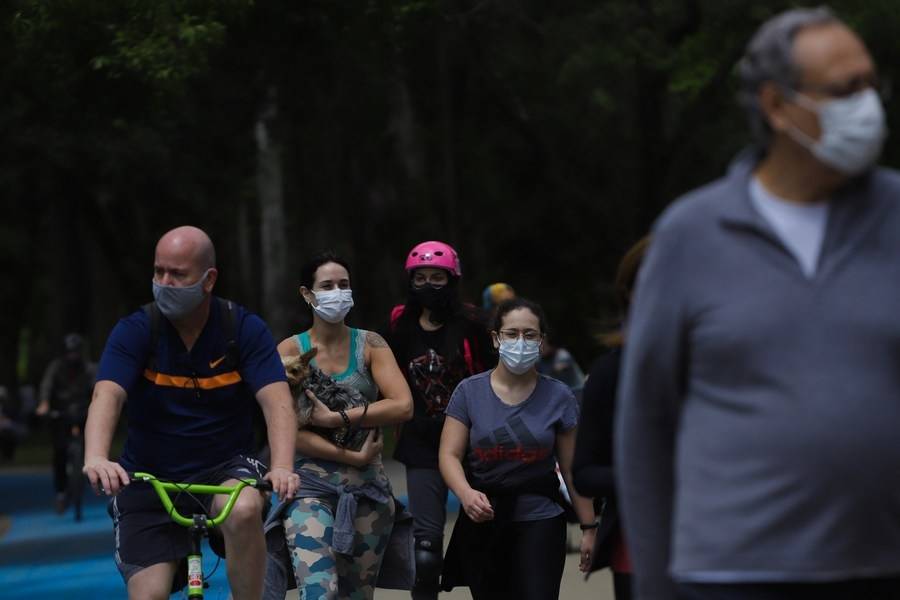 The deaths reported on Tuesday were the second-highest single-day fatalities since September, after 1,194 patients died on December 30…reports Asian Lite News

Brazil has recorded 1,171 more deaths from the novel coronavirus disease, raising the total death toll to 197,732, the Ministry of Health said.

According to the ministry, tests detected on Tuesday 56,648 new cases of infection in the last 24 hours, bringing the accumulated caseload to 7,810,400 since the onset of the pandemic here at the end of February, Xinhua news agency reported.

The deaths reported on Tuesday were the second-highest single-day fatalities since September, after 1,194 patients died on December 30.

Brazil has the world’s second-highest Covid-19 death toll, after the US, and the third-largest outbreak, after the US and India.

Brazil is currently seeing a second wave of Covid-19 outbreaks, with a significant increase in cases since December that has pushed the public healthcare system to the brink of collapse in several regions.

Manaus, capital of northern Amazonas state, decreed a 180-day state of emergency on Tuesday due to the fact that the occupancy of hospital beds available for treating Covid-19 patients has reached 100 per cent.