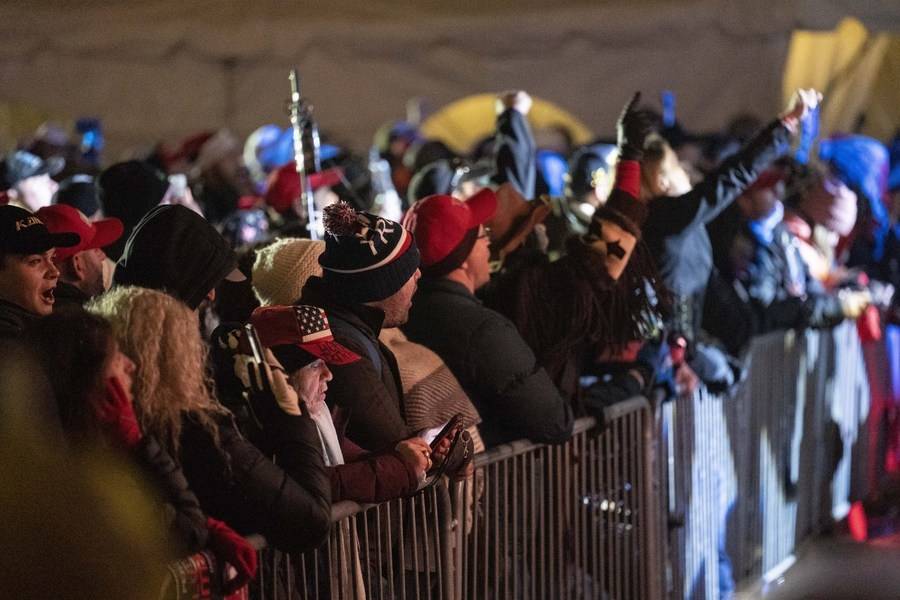 In a statement late Wednesday, Washington D.C. Mayor Muriel Bowser said the curfew, which came into effect at 6 p.m., would last until 6 a.m. on Thursday morning…reports Asian Lite News

In the wake of the unprecedented chaos which unfolded in the US capital city after supporters of President Donald Trump stormed the Capitol building, a curfew has been imposed in Washington D.C.

In a statement late Wednesday, Washington D.C. Mayor Muriel Bowser said the curfew, which came into effect at 6 p.m., would last until 6 a.m. on Thursday morning, Xinhua news agency reported.

The curfew however, will not apply to essential workers, including media professionals, she said.

“During the hours of the curfew, no person, other than persons designated by the Mayor, shall walk, bike, run, loiter, stand, or motor by car or other mode of transport upon any street, alley, park, or other public place within the District,” Bowser added.

Earlier on Wednesday, thousands of Trump supporters shouting “Trump” and “USA, USA”, marched to the Capitol launching their assault after the joint session adjourned following objections against Arizona’s electoral college votes and the Senate and the House began to meet separately to consider the issue.

The mobs that overran the security and entered the Capitol, crashing into the Senate chamber, were repulsed by National Guard ordered in by Vice President Mike Pence and the Federal Bureau of Investigation’s (FBI) SWAT teams.

The unprecedented chaos also left a woman dead from gunfire.