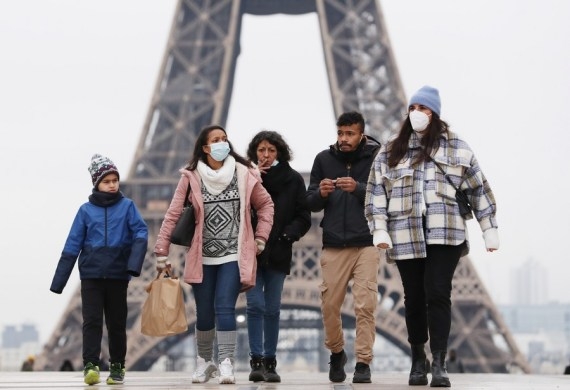 All British and Irish citizens and UK residents who arrive in England after being in a high-risk Covid country now have to quarantine in hotels, officials said.

The “red list” of 33 countries includes Portugal, Brazil and South Africa. The new regulations, which aim to stop Covid-19 variants entering the country, apply to arrivals who have been in one of those places in the past 10 days, the BBC reported on Monday.

They will have to pre-book and pay 1,750 pounds to spend 10 days quarantining in the government-sanctioned hotels.

That covers the cost of the hotel, transport and testing.

Health Secretary Matt Hancock said the emergence of new variants meant the government “must go further” with its travel restrictions.

The government says it has struck deals with 16 hotels so far, providing 4,963 rooms for the new quarantine system, with a further 58,000 rooms currently on standby.

“The rules coming into force today will bolster the quarantine system and provide another layer of security against new variants at the border,” Hancock said.

The health secretary added that the measures were “important to protect our vaccination programme”.

On Sunday, the government announced that more than 15 million people in the UK had received their first coronavirus jab, in what the prime minister described as a “significant milestone”.

Meanwhile, all travellers arriving into Scotland from abroad by air – rather than just those from the 33 “high risk” countries – now have to go into quarantine hotels.

People travelling from red list countries to Wales and Northern Ireland will be required to book and pay for quarantine in England, as neither destination has any direct international flights.

Any passenger required to stay in a quarantine hotel in England needs to reserve a room online in advance using a government portal.

Those who fail to quarantine in such hotels face fines of 5,000 to 10,000 pounds, while anyone who lies on their passenger locator form about having been in a country on the red list faces a prison sentence of up to 10 years.

A new testing regime for all travellers arriving in England has also started, with two tests required during the quarantine process.

They will be required to get a test on days two and eight of their 10-day quarantine period, whether they are isolating at home or in a hotel. The tests, conducted by NHS Test and Trace, will cost travellers 210 pounds.

Those who do not take the tests could face a 2,000 pounds fine.

On Sunday the government said another 258 people had died in the UK within 28 days of testing positive for Covid-19, bringing the total to 117,166. There were another 10,972 confirmed cases.