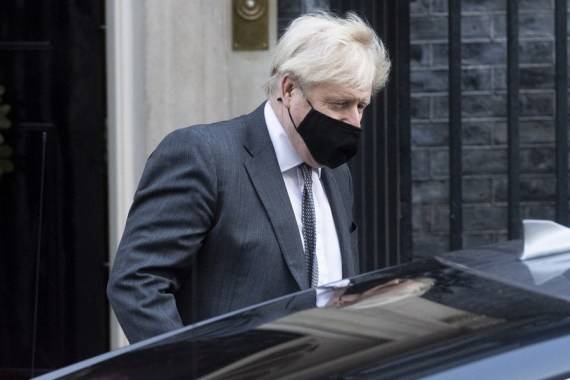 In a televised address on Monday, he urged people across the country to “stay at home” except for permitted reasons, echoing the message back in March 2020…reports Asian Lite News

UK Prime Minister Boris Johnson has announced that England will enter a another national lockdown, the third of its kind since the coronavirus pandemic began in the country early last year.

The lockdown came into force at 12 a.m. on Tuesday, Xinhua news agency reported.

In a televised address on Monday, he urged people across the country to “stay at home” except for permitted reasons, echoing the message back in March 2020.

Under the new lockdown, people are only allowed to go to work if it’s impossible to work from home, such as construction workers.

Britons will be allowed to go out to shop for necessities including food and medicines, and to exercise, ideally once a day and locally.

Meanwhile, all schools and colleges will close from Tuesday (except for vulnerable children and those of key workers), and switch to remote learning until the middle of February.

Johnson said schools were “not unsafe” and children are “very unlikely” to be significantly affected by even the new Covid-19 variant, which was first discovered in the country last month and is said to be 70 per cent more transmissible.

But schools may “act as vectors of transmission, causing the virus to spread between households”, he said.

The latest development came as another 58,784 people in the UK have tested positive for the novel coronavirus, marking the highest daily spike since the onset of the pandemic, according to official figures.

It was also the seventh day in a row that new cases have topped 50,000.

Meanwhile, Scottish First Minister Nicola Sturgeon also announced that Scotland would enter a new lockdown from midnight on Monday, as well as a shutdown of schools until February 1.

Also on Monday, the UK started the national rollout of the Oxford/AstraZeneca Covid-19 vaccine.