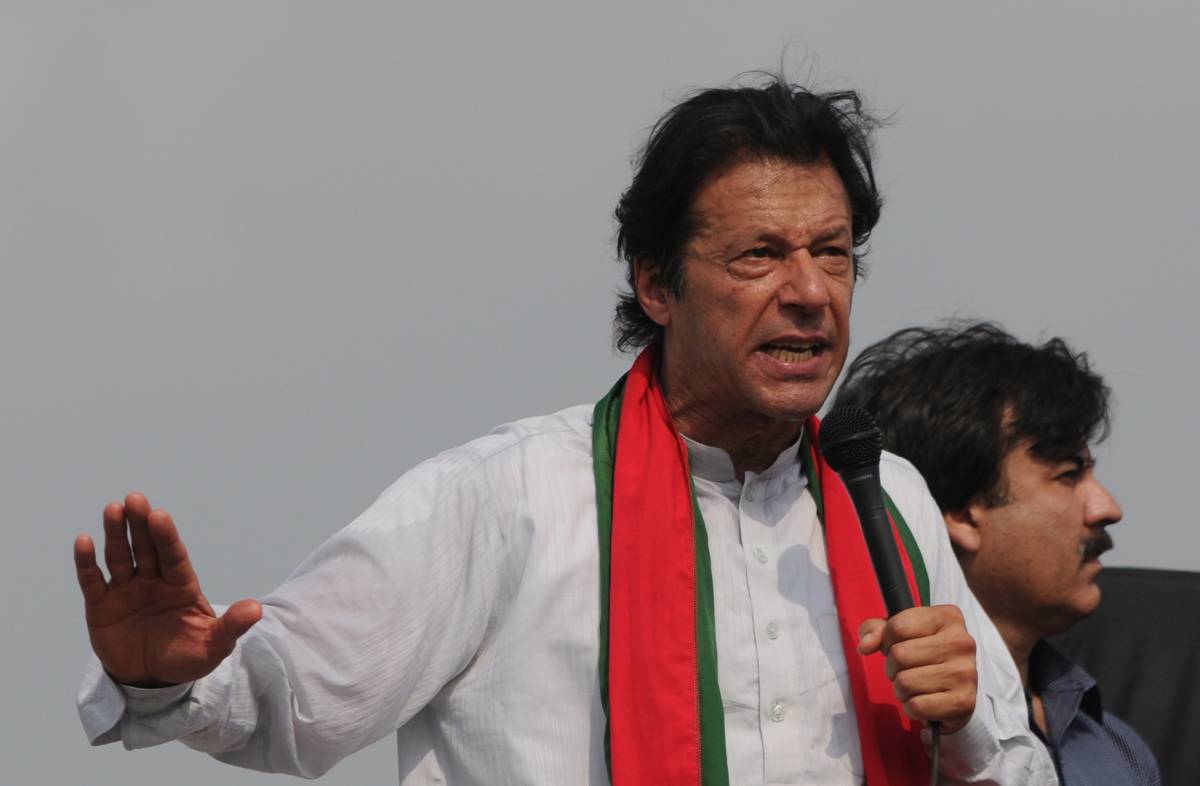 Khan, in an address following his meeting with his Sri Lankan counterpart Mahinda Rajapaksa, said that his maiden visit is aimed at strengthening the bilateral relationship.

It is to strengthen our trading ties. Pakistan is part of the Belt and Road Initiative (BRI) of China, the CPEC is one of its flagship programmes,” he said.

Khan said that the CPEC means connectivity right up to Central Asia.

“We also discussed other areas where we can enhance our trading ties where Sri Lanka can benefit from Pakistan’s connectivity in the future, right up to central Asia. And our trading ties will also mean that the two countries will get together,” he said.

The CPEC, which connects Gwadar Port in Balochistan with China’s Xinjiang province, is the flagship project of Chinese President Xi Jinping’s ambitious BRI.

India has been severely critical of the BRI as the $50 billion CPEC, which is part of the BRI, passes through Pakistan-occupied Kashmir (PoK).

The meeting was followed by delegation-level talks between Khan and Mahinda, it said.

Khan said Pakistan was pleased to help Sri Lanka in combatting terrorism, asserting that terrorism has impeded the island nation’s development and growth as a country which relies on tourism.

He said Pakistan has also suffered from terrorism and in the last 10 years, tourism dried up and hardly any investment came into Pakistan due to the threat of terrorism.

Khan in his address also recalled his past cricketing links with Sri Lanka, saying he was pleased that the country has become a strong cricketing nation.

Khan, who is the first head of state to visit Sri Lanka since the COVID-19 pandemic, will hold meetings with President Gotabaya Rajapaksa on Wednesday.

He will also participate in a joint Trade and Investment Conference’ aimed at promoting trade and investment between the two countries. A number of agreements to enhance bilateral cooperation will be signed during the visit.

This is the first visit by a Pakistan prime minister to Sri Lanka since Nawaz Sharif visited the country in 2016.

Ahead of his visit, the Sri Lankan government last week cancelled Khan’s planned speech to Parliament, citing the COVID-19 pandemic.

It is said that the speech to Parliament had been included in Khan’s itinerary at the Pakistan government’s request. The address was scheduled for February 24.

Dawn newspaper quoting Sri Lankan media reports said that there were elements within the Sri Lankan government, who did not want the speech to take place as they feared that doing so could further harm ties with India, which have already been strained after the cancellation of a deal over the East Container Terminal in Colombo port.

Khan’s visit also coincides the current controversy over the forced cremations of the island’s minority Muslim community members who die due to the COVID-19. The government continues its policy of forced cremations despite objections from rights groups.