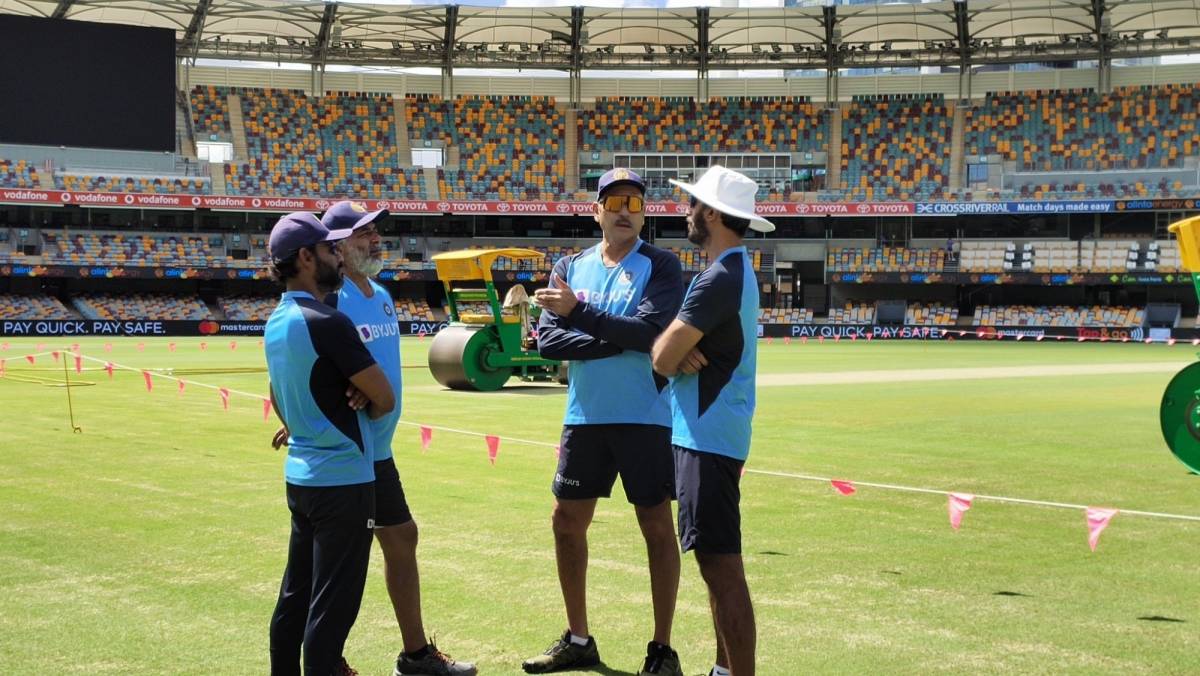 Pace spearhead Jasprit Bumrah is suffering from an abdominal strain and is a doubtful starter for the series decider. If he doesn’t play, the visitors can bring in Shardul Thakur to join Mohammed Siraj and Navdeep Saini in the pace department….reports Asian Lite News

India will be announcing their playing XI for the fourth Test against Australia on Friday before the start of the match as they are still monitoring the injuries of the players, informed batting coach Vikram Rathour on Thursday.

“The injuries are still being monitored. I think our medical staff is looking at it and is working with all the players. So I won’t be able to comment on the position on how it stands at the moment. We would like to give them as much time as we can. I think it will be tomorrow morning only you will know which XI is going to take field,” Rathour said speaking on the fourth Test to be played at The Gabba.

“We have a lot of injury concerns. The players are still being monitored. Let us see how they react to the process,” he added.

Pace spearhead Jasprit Bumrah is suffering from an abdominal strain and is a doubtful starter for the series decider. If he doesn’t play, the visitors can bring in Shardul Thakur to join Mohammed Siraj and Navdeep Saini in the pace department.

With KL Rahul returning home due to a wrist injury and Mayank Agarwal hit on the hand at the nets, India also face a dilemma as they look to bring in someone to replace Hanuma Vihari, who injured his hamstring during the third Test and is unlikely to play as the No. 6 batsman.

There are also concerns over Ravichandran Ashwin’s fitness as he woke up with a back tweak on the final day of the Sydney Test and then suffered a hit on his ribs by a short delivery from Pat Cummins.

Ravindra Jadeja has already been ruled out with a fractured thumb.

Australia, on the other hand, have already announced their playing XI in which they have replaced injured Will Pucovski with Marcus Harris. Pucovski injured his right shoulder while fielding on the final day of the drawn third Test in Sydney.

The four-match series is currently tied at 1-1 with Australia winning the first Test in Adelaide while India winning the second in Melbourne.