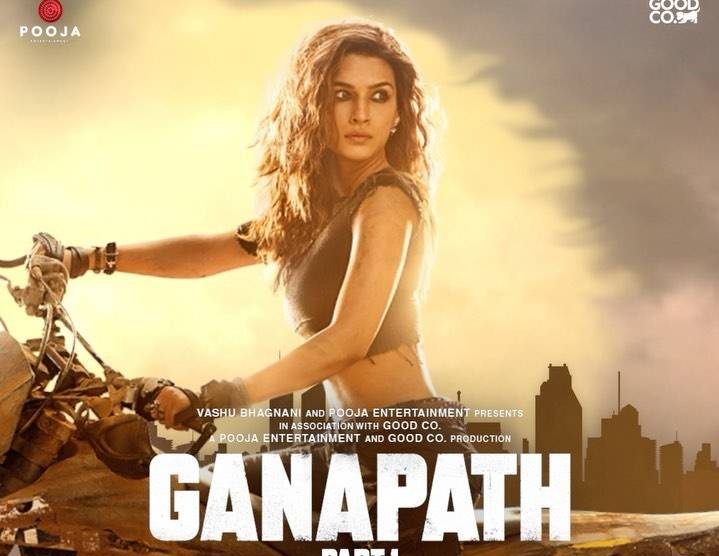 Kriti Sanon to star in ‘Ganapath’

Kriti Sanon was on Wednesday confirmed as the lead actress of the upcoming action film Ganapath, opposite Tiger Shroff. This is the first time the two stars will be seen together on screen after their 2014 debut film Heropanti.

A motion poster introduces Kriti in an electrifying avatar as Jassi. Sharing the poster, Kriti wrote on Instagram: “Meet JASSI !! Super Duper Excited for this one!! Teaming up once again with my very special @tigerjackieshroff! Can’t wait for the shoot to begin! Lets KILL it!”

Talking about the Vikas Bahl directorial, Kriti said: “I’m thrilled to reunite with Tiger after about seven years and also to be directed by Vikas in a space that is so new to me.”

She added: “I’ve been wanting to explore the genre of action since a while now and I’m super excited to do so on such a massive scale with Pooja Entertainment! Jackky is a very passionate producer and I’m glad to be starting my journey with them with such a cool character.”

Director Bahl said: “Kriti not only has a riveting screen presence but she also has the persona of a superstar. She is truly ‘The Right One’ to star opposite Tiger as I am confident she will make a perfect action heroine. I am extremely excited and looking forward to working with the two wonderful artistes.”

The film is being billed as a dystopian action thriller, and is slated to go on floors soon. Pre-production work has already begun. Ganapath is scheduled to release in 2022.