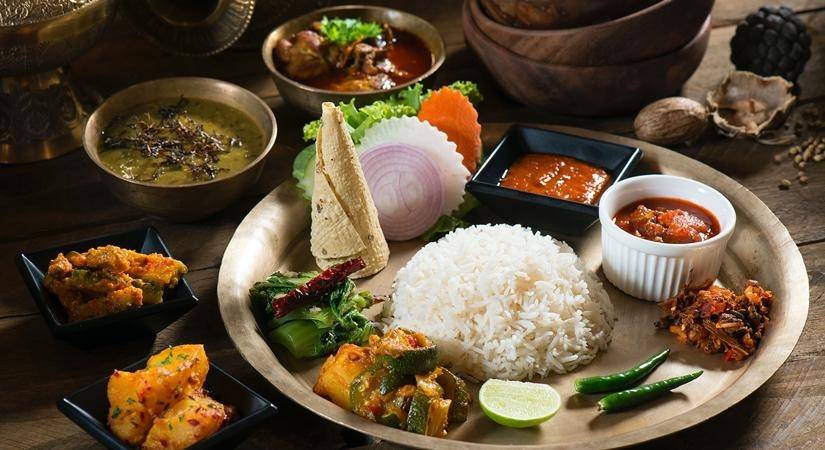 A taste for local cuisine in the Northeastern hills of India combined with an early interest in cooking, nurtured by her mother and uncle, led to various experiments in the kitchen…writes Siddhi Jain.

“Spiced, Smoked, Pickled, Preserved: Recipes and Reminiscences from Indias Eastern Hills”, a new book by Indranee Ghosh, is a delectable collection of stories with over 75 recipes from India’s eastern hills including North Bengal, Gangtok and Shillong for food enthusiasts to savour.

Published by Hachette India, the 248-page book brings together charming vignettes from her youth in the densely forested Khasi Hills and then in Bengal’s plains with a delectable selection of family recipes passed down over three generations to weave an utterly engaging narrative.

Ghosh was born in Shillong, the capital of Meghalaya and the erstwhile capital of Assam. A taste for local cuisine in the Northeastern hills of India combined with an early interest in cooking, nurtured by her mother and uncle, led to various experiments in the kitchen. The recipes in the book contain some instances of this, says the publisher.

Tales of eccentric kith and kin, family folklore from the time of the Second World War and memories of Partition jostle with stories of kitchen adventures, reminiscences of cherished gatherings where food always took centre stage and fascinating nuggets on hard-learnt culinary techniques.

Featuring over 75 recipes that represent a mix of Bengali, Khasi and Nepali cuisine, this collection will introduce readers to host of exciting fare from essential spice mixes to forgotten dishes reinvented over time; from fermented delicacies like shidol in pumpkin leaves to the sizzling flavour of a pan-roasted telapiya; from hearty fish stew to mouth-watering pork in plum sauce; and from the sweet-and-sour magic of fish roe ambal to a delicious tangerine payesh.

Whether one is an intrepid food-lover willing to take their kitchen adventure just that bit further, or a comfort-food enthusiast looking for a bowl of goodness, or simply want to tickle their tastebuds with a fresh flavour this treasure trove of treats is a must-have culinary guide.

The author’s translations of selected poems by the Bengali poet Joy Goswami have been published by Worldview Books in India, and Whale and Star in the US. She has also translated the memoirs of Kanan Devi, one of the earliest Bengali film actresses, published as My Homage to All.