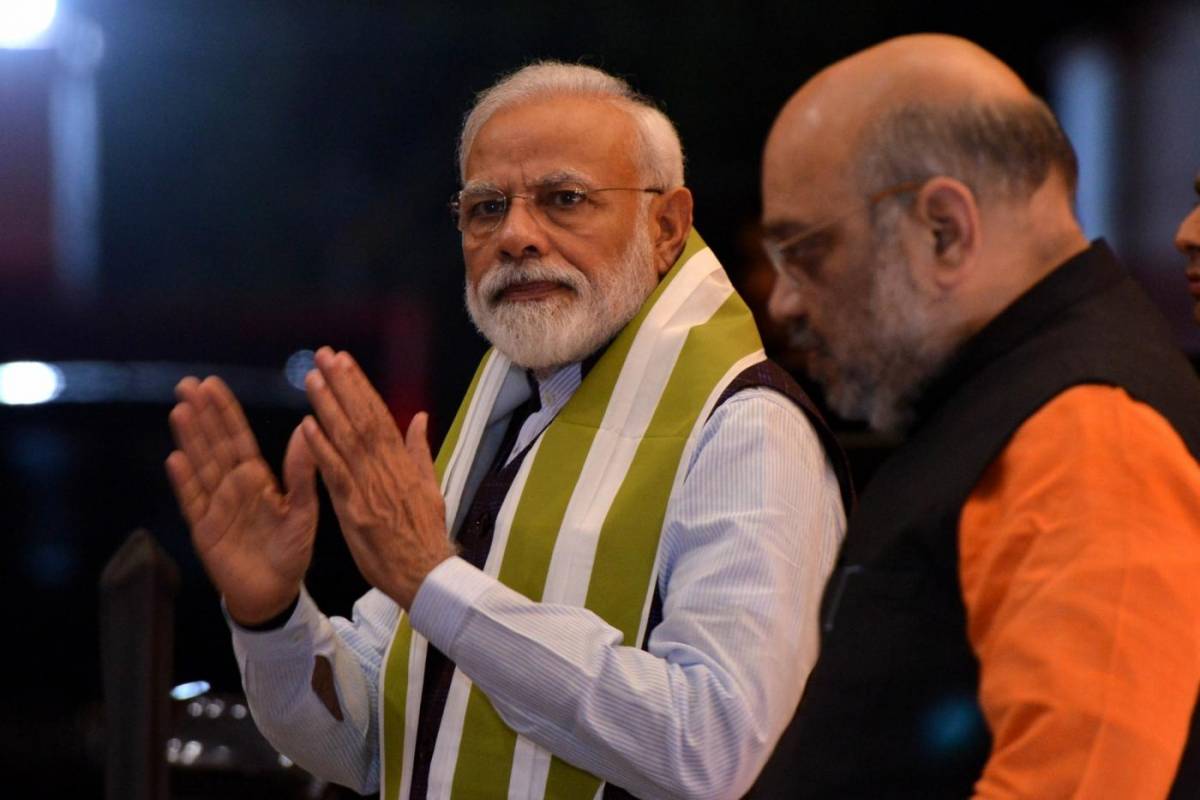 The world of social media erupted with tweets from a host of international celebrities coming out in support of the protesting farmers. While the ministry of external affairs issued a statement clarifying India’s position on the farm sector reforms, the ruling BJP has come under pressure from various vested groups…reports Mahua Venkatesh

The Narendra Modi government is all set to change its strategy in tackling the ongoing impasse over the proposed reforms in the agriculture sector, which has attracted unprecedented international attention with massive social media pressure building up in support of the farmers after tweets from popstar Rihanna and environmental activist Greta Thunberg. The Centre is now looking at resolving the contentious issue through political framework.

“The issue is now neither about farm sector reforms nor law order, it has acquired a different dimension and going ahead Prime Minister Modi and his team will make an attempt to find solutions to this problem politically,” an insider said.

A decision on this will be taken soon, sources said.

“We have held talks with farmers and other stakeholders on this issue and we are willing to discuss issues relating to the proposed changes in the farm sector. But this is not restricted to farmers, the issue needs to be looked at through the prism of politics,” Agarwal told Indianarrative.com.

Farmers’ organisations have come out in protest against three farm reform bills e The Farmers’ Produce Trade And Commerce (Promotion And Facilitation) Bill, The Farmers (Empowerment and Protection) Agreement on Price Assurance and Farm Services Bill, and The Essential Commodities (Amendment) Bill. These bills, aimed at creating a free market for sale of farm produce have faced stringent opposition from farmers across.

The world of social media erupted with tweets from a host of international celebrities coming out in support of the protesting farmers. While the ministry of external affairs issued a statement clarifying India’s position on the farm sector reforms, the ruling BJP has come under pressure from various vested groups.

Agriculture is a highly sensitive subject in India and while several governments have tried to push reforms in the farm sector, there has been little headway.

Is it poor communication?

According to an article published by the Observer Research Foundation (ORF), the Modi government “has failed to communicate its case effectively to those farmers who would benefit from the reforms and who could conceivably have prevented their colleagues from hijacking the narrative”. In doing so, it has also alienated a long-term ally — the Akali Dal ethat could e “that could otherwise have helped handle the reform’s fallout,” the article noted.

Analysts said that despite pressure, the government now must stand firm on its decision on the farm laws while opening all fronts of dialogue with farmers and other stakeholders.

“The government has already conceded too much. It has, for example, agreed to protect farmers’ access to free electricity. This is not just unaffordable, it holds back the modernization of India’s power sector and thus the growth of renewable energy. Authorities have also promised they won’t go after farmers who burn agricultural waste e a major contributor to air pollution across India’s northern plains, home to almost all of the world’s unhealthy cities,” Mihir Swarup Sharma, senior fellow at ORF wrote.

What was Congress’ stand in reforming the farm sector?

Primary opposition party, Congress that is vehemently opposing the passage of the bills had tried to bring in reforms when UPA was in power.

During the Manmohan Singh era, the Economic Survey of 2012-13 said that it was necessary to complete the process of agriculture market reforms early in order to provide farmers an alternative competitive marketing channel for transaction of their agricultural produce at remunerative prices. Even in 2019, the Congress election manifesto underlined the need to repeal the Agriculture Produce Market Committee’s (APMC) Act and remove restrictions that guide trade in agriculture produce.