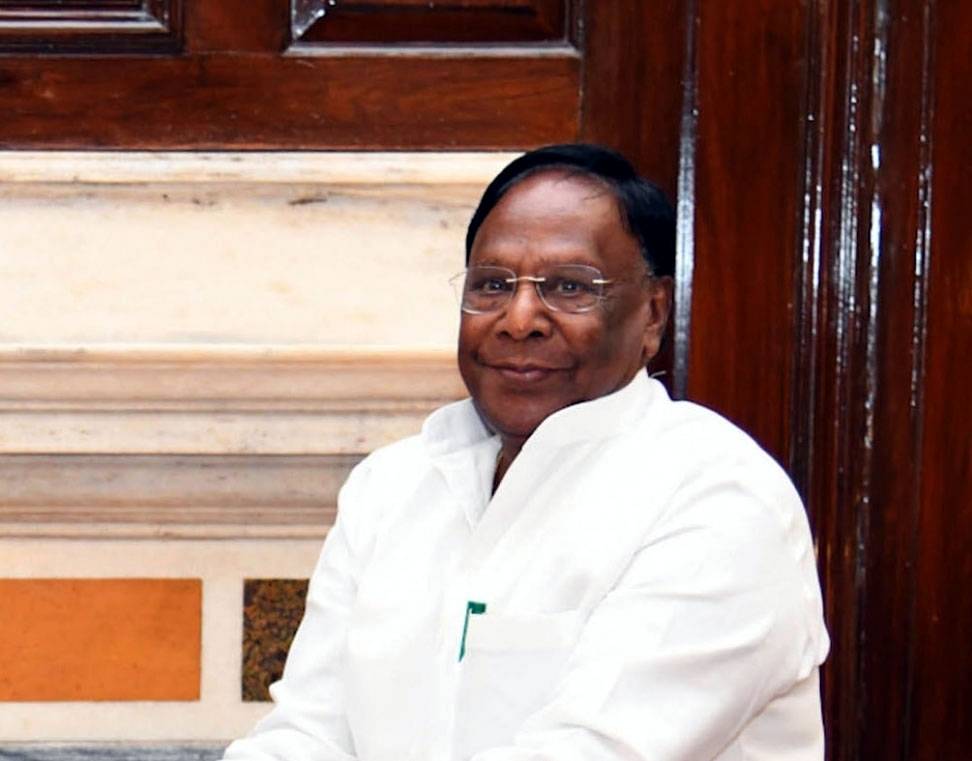 Puducherry Chief Minister V Narayanasamy, who led the protest said as the Pongal festival was being celebrated in the union territory the number of days of the protest was reduced from four to three…reports Asian Lite News

The agitation by ruling Congress-led Secular Democratic Alliance (SDA) in Puducherry demanding the recall of Lt Governor Kiran Bedi ended on Sunday, a day ahead of the original schedule, citing Pongal festivities.

Puducherry Chief Minister V Narayanasamy, who led the protest said as the Pongal festival was being celebrated in the union territory the number of days of the protest was reduced from four to three.

The protest was began on January 8 with the ruling party accusing Bedi of “impeding developmental plans and welfare measures of the elected government.”

Also, Puducherry CM has said a day-long bandh between February 15 and 20 were among the other protests planned by the ruling party.

He slammed Bedi who allegedly had been ”impeding all developmental plans with the support of the Prime Minister Narendra Modi.” ”There is a clear plan on the part of the NDA government at the Centre to dismantle the separate status of Puducherry and to merge it with neighbouring Tamil Nadu,” Hindustan Times quoted Narayanasamy as saying.

Last year, Puducherry Chief Minister V. Narayanasamy on Monday presented the 2020-21 Budget for the Union Territory without the approval of Lt Governor Kiran Bedi and her customary address to the House.

He said the scheme will start in November.

Narayanasamy also announced 100 units of free electricity to those below the poverty line.

In a tweet, Bedi said: “Annual Budget file has still not been released from the office of the Chief Minister for administrative approval by the L-G, as per UT Act and Business Rules. This will lead to a serious financial crisis caused by the office of CM. Ppl (people) of Puducherry pl (please) be informed.”

Reacting to the free breakfast scheme named after his father, DMK President M.K. Stalin said Narayanasamy has now “won the hearts of crores of DMK cadres”.