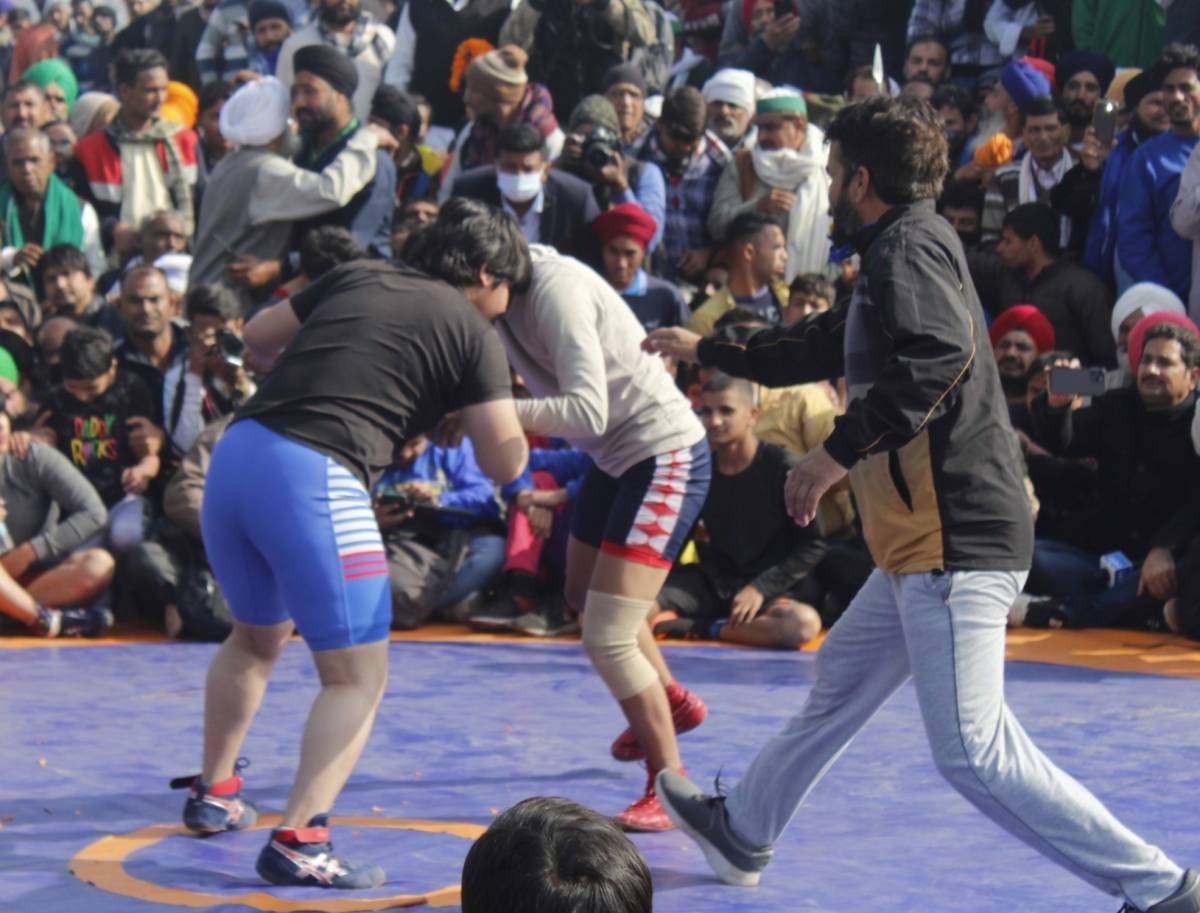 Wrestlers from UP, Punjab, Delhi, Haryana and Rajasthan were invited for a wrestling event at the Ghazipur border where farmers are protesting, reports Asian Lite News

After over a month of the farmer agitation, the farmers are sitting at the borders of the national capital in protest against the farm laws. With the backing of the ‘Samyukta Kisan Manch’, a wrestling event titled ‘Kisan Kesari Dangal’ was organised on Sunday to honour the protesting farmers at the Ghazipur border. Nearly 50 male and female wrestlers participated in this event organised as a token of respect to farmers.

The wrestling bout was held under the guidance of Rakesh Tikait, the National Spokesperson of the Bharatiya Kisan Union (BKU).

Yudhishthir Pehalwan said, “We are first and foremost sons of farmers and afterwards are wrestlers. We have also come forward to stand with the farmers’ in their protest. We all wrestlers oppose these ‘black laws’ implemented by the Central government.”

Wrestlers from western Uttar Pradesh, Punjab, Delhi, Haryana and Rajasthan were invited for a wrestling event at the Ghazipur border.

Rakesh Tikait, BKU leader, said, “All these wrestlers have come forward to voice out their support for the farmers so this wrestling event has been organised. Each and every section of the country is standing with the farmers.”