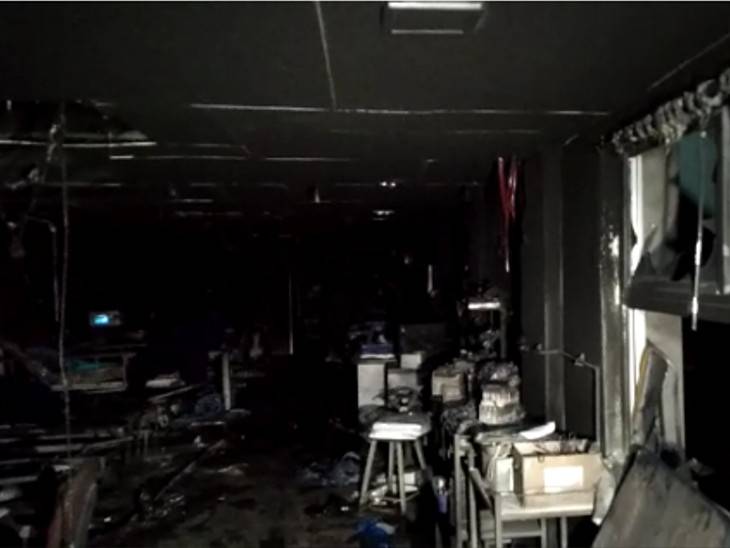 In a shocking lapse, 10 infants were killed and another seven were saved after a fire ravaged through the children’s ward of a government hospital here in the wee hours of Saturday.

The Maharashtra government ordered a thorough investigation into the incident besides seeking a full-scale fire, electrical and structural audit of all hospitals in the state.

The opposition Bharatiya Janata Party (BJP) demanded that the government should complete its probe within a month and slap charges of culpable homicide not amounting to murder on all those found responsible for the tragedy.

The fire, caused by a suspected electrical short-circuit, broke out at around 1.45 am in the Sick and Newborn Care Unit (SNCU) of the Bhandara District General Hospital, when the mothers and other relatives of the infants were fast asleep, District Surgeon Pramod Khandate informed the media.

At that time, a nurse on duty who happened to pass by the ward noticed the smoke inside and raised an alarm as other hospital staffers rushed to the spot.

At least 10 infants, including 8 females, a majority of them less than 3 months old, perished due to suffocation, while at least three died due to severe burn injuries.  Another 7 infants in the ‘inbound ward’ were saved.

Soon after dawn, Chief Minister Uddhav Thackeray ordered a probe, announced a compensation of Rs 5 lakhs to the families of the deceased infants and other measures to  contain the political fallout of the incident.

“While grappling with the Covid-19 pandemic, the health administration and hospitals should not ignore safety and security issues. To ensure such incidents are not repeated, I have directed the officials to check the fire audit status of all the hospitals in the state,” Thackeray said.

Deputy Chief Minister Ajit Pawar also made a similar announcement and said the government would not tolerate any laxity of safety and security in hospitals.

Health Minister Rajesh Tope said that Director-Health Services would soon issue directions to ensure that the relevant full safety audits of the hospitals are in  place.

Although the police are probing the cause of the blaze, it is attributed to a possible short-circuit that led to an air-conditioner blast, followed by a fire with thick smoke billowing in the ward and the resultant deaths due to suffocation.

Thackeray and Tope spoke with the Collector and Superintendent of Police of Bhandara and directed them to take up immediate relief measures for the anguished families, with many young mothers seen crying inconsolably outside the hospital.

Leader of Opposition Devendra Fadnavis also rushed to Bhandara and visited the hospital besides other leaders like MP Sunil Mendhe and ex-minister Chandrashekhar Bawankule, terming the incident as “a monumental and painful tragedy”.

Fadnavis slammed the Maha Vikas Aghadi government and demanded that the probe must be completed within a week and all those responsible should be booked under charges of culpable homicide.

Bawankule said the hospital had been affected by power fluctuations since the last one week, and though some relatives of the patients had asked the hospital staff to check the electricals, nobody heeded them.

He added that a proposal to purchase fire safety equipment worth over Rs 1 crore is pending the approval of the Principal Secretary, Health, and the Director-Health  Service, since last May and wanted to know the reasons for the delay.

Earlier, top Indian leaders from across the political spectrum expressed shock and grief over the tragedy.

“I am deeply shocked by the fire incident in Bhandara. My heartfelt sympathies with the families of those who have lost their infants in the tragedy,” President Ram Nath Kovind said.

“Heart-wrenching tragedy where we have lost precious young lives. My thoughts are with all the bereaved families. I hope the injured recover as early as possible,” Prime Minister Narendra Modi said in a message.