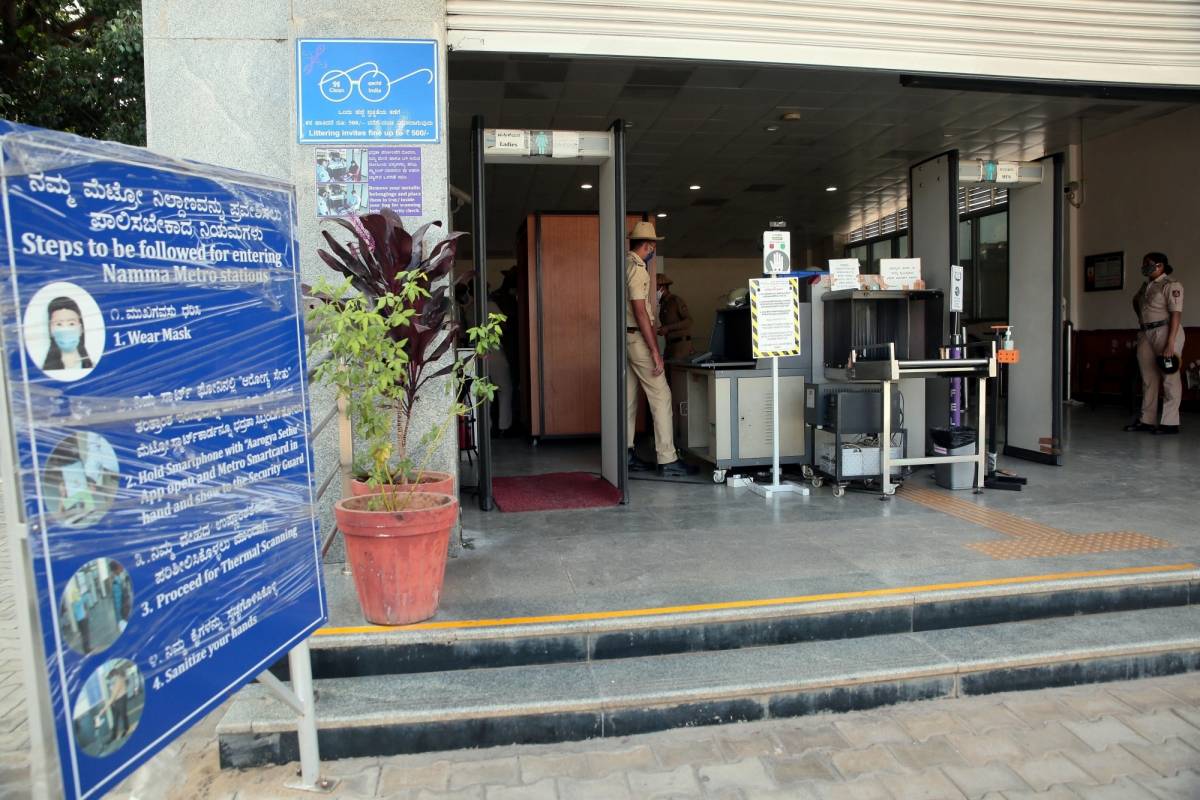 B’luru metro rail network to be extended from Thursday

“The extended service is part of the metro project’s second phase, covering more areas in the tech city for commuters living in the southern suburb,” said the official….reports Asian Lite News

The Bengaluru metro rail service on the north-south corridor (green line) would be extended from Thursday covering 6.3km and five more stations, an official said on Wednesday.

“Karnataka Chief Minister B.S. Yediyurappa will flag off the extended service from Yelachanahalli to Silk Institute over the Kanakapura road in the city’s southern region,” an official of the Bangalore Metro Rail Corporation Ltd said in a statement here.

Union Minister of State for Housing and Urban Affairs Hardeep Singh Puri will virtually participate in the event from New Delhi through video-conferencing.

“The extended service is part of the metro project’s second phase, covering more areas in the tech city for commuters living in the southern suburb,” said the official.

The extended service project is two-year behind schedule for various reasons, including land acquisition, shifting of utilities and displacing houses and shops that were on the route.

“The service will be open for the public from Friday after its inauguration on Thursday. As the service is being operated under Covid-induced guidelines, the frequency will be regulated to prevent crowding in the six-car coaches,” said the official.

Metro service resumed on September 7 in phases after remaining suspended since March 25 when the lockdown was enforced to contain the virus spread.

Besides wearing a face mask, commuters have to maintain social distancing and use only smart cards with online re-charge to avoid physical contact through tokens.

“Though the six-coach train has capacity to carry 1,800 commuters, only 400 are allowed in each ride till further order,” said the official.

Similarly, about 50 commuters are permitted to be on the platform for the next train at a time to avoid crowding and maintain social distancing.

As the most popular transport mode for its punctual, efficient and cleaner service in air-conditioned coaches, the metro was ferrying over 4-lakh commuters on the twin routes, covering 42.3km across 40 well-lit stations during the pre-Covid days.

Commuters are screened at the entrance to ensure only those who are negative enter the station, with face mask or face shield.

Sanitisers are kept at the entrance of the stations for hand-washing by commuters.

Spaces have been earmarked on platforms and inside coaches to maintain physical distancing between commuters to sit or stand while travelling.