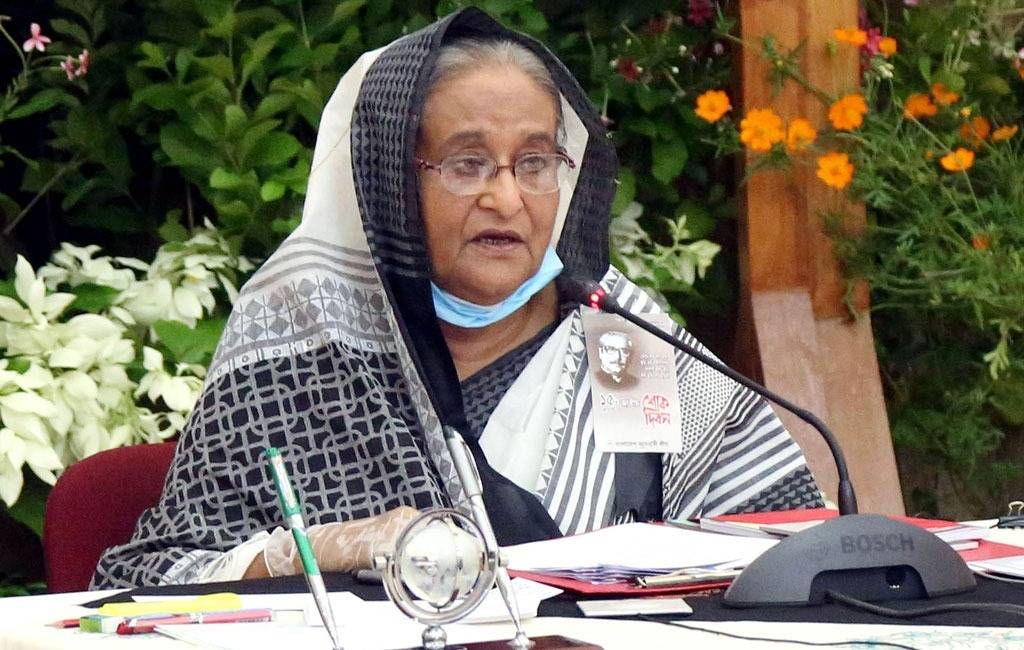 Bangladesh has sought an official apology from Pakistan for the genocide committed against the people of the country during the Liberation War of 1971, along with completing the repatriation of Pakistanis stranded in Bangladesh and settling the issue of the division of assets, said State Minister for Foreign Affairs Shahriar Alam on Thursday.

“In line with that spirit, we look forward to engage with Pakistan,” Alam told the High Commissioner of Pakistan Imran Ahmed Siddiqui when he paid a courtesy call on the Minister at the Ministry of Foreign Affairs.

Welcoming the Pakistani High Commissioner, the Minister emphasised that enhancing ties with all the neighbouring countries is a part of the Bangladesh government’s foreign policy priority.

He urged Pakistan to grant access to more Bangladeshi products by utilising the existing SAFTA provisions, while relaxing the negative list and removing trade barriers.

Siddiqui assured of giving due diligence to advancing bilateral relations in every possible area.

Both sides agreed on the need to hold the long-pending Foreign Office Consultations, which were last held in 2010.

Alam said that he will extend all kinds of cooperation and assistance to the Pakistani High Commissioner during his tenure in Dhaka.

To commemorate the 50th anniversary of the 1971 Bangladesh Liberation War victory, the BSF as part of its year-long programme would organise a 70-day long cycle rally covering 3,266 km frontiers of five Indian states from January 10, an official said on Thursday.

Tripura frontier Inspector General (IG) Susanta Kumar Nath said that the 70-day long cycle rally would start from West Bengal on January 10 and would culminate on March 17 in Mizoram covering the 3,266 km distance, mostly along the frontiers of West Bengal, Assam, Tripura, Meghalaya and Mizoram.

To mark the 50th anniversary of the Bangladesh Liberation War victory, the BSF had organised a wreath laying ceremony at the Liberation War Memorial at the Bharat-Bangladesh Maitri Uddyan Park, Chottakhola, in south Tripura on December 16.

War veterans were felicitated at the function, where hundreds of school children sang patriotic songs. Songs were also played by the BSF brass band and a short movie on the role of the ‘Mukti Vahini in 1971 War’ was screened on the occasion.

The Tripura government has developed a big memorial and park at the border village of Chottakhola — 132 km south of Agartala — in memory of the Indian soldiers and Bangladeshi freedom fighters who sacrificed their lives during the 1971 war.

Nath said that the BSF is always maintaining good relations with its counterpart — Border Guard Bangladesh (BGB) — at every level of hierarchy.

“The BSF-BGB Border Co-ordination Conference was held at Tripura frontier headquarters at Shalbagan near Agartala in November and both the border guarding forces resolved to strengthen their ties by addressing various border issues.

The issues include trans-border crimes including smuggling of narcotics and other contraband items, and carrying forward the pending developmental works in order to achieve the common goal of establishing peace and tranquillity along the international border.

The commemoration of the 50th anniversary year of 1971 Bangladesh Liberation War victory was decided at the five-day long 51st Director General level talks held in Guwahati on December 22-26.

During the yearlong commemoration, ex-BSF officers and personnel, Bangladeshi Mukti Yoddha (freedom fighters) and important personalities would be felicitated and the celebrations would culminate on December 16 this year.