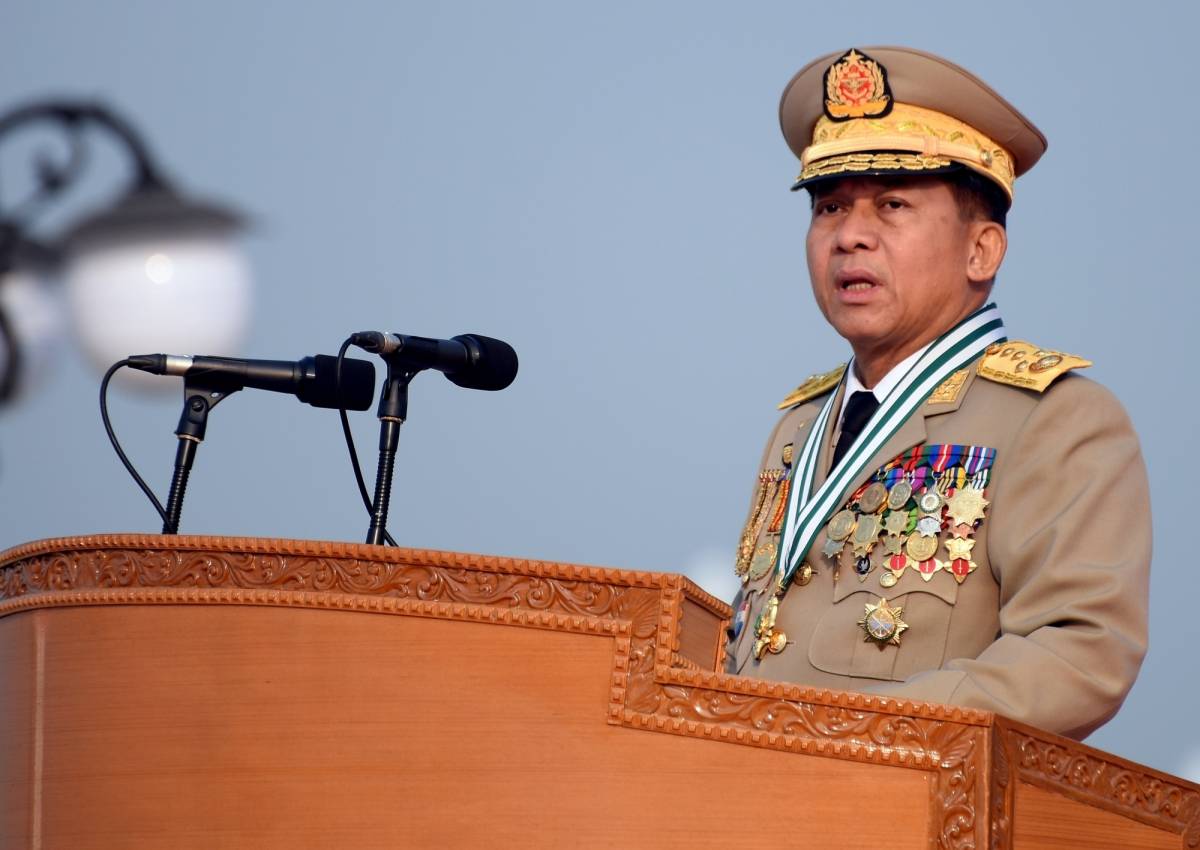 Myanmar will conduct friendly cooperation with all countries while the country’s foreign policy will not change, Commander-in-Chief of Defence Services Sen-Gen Min Aung Hlaing said.

In his first televised message to the public after the declaration of a one-year state of emergency, he said that during the period, there will be no change in foreign, executive and economic policies, and Myanmar will continue its current political path, the Xinhua news agency reported on Monday.

Min Aung Hlaing, in his capacity as chairperson of the State Administration Council, reiterated a five-point roadmap to be implemented during the state of emergency.

Under the roadmap, the Union Election Commission, which was recently reformed, has been reviewing the electoral process of last year’s general elections, he said.

The ongoing preventive measures against Covid-19 will continue to be implemented without losing momentum, while emphasis will be put on distributing vaccines all over the country.

Arrangements are being made to help the businesses which were affected by Covid-19, the commander-in-chief said, calling for investment from both home and abroad.

The council’s chairperson stressed plans to achieve eternal peace across the country in accordance with a nationwide ceasefire agreement and called for cooperation of the ethnic people and ethnic armed organisations to achieve the lasting peace.

The council will hold free and fair general elections and the power of the state will be handed over to the political party which wins the elections in line with democracy standards after tasks were accomplished under the state of emergency, he said.

The country declared the state of emergency after President U Win Myint and State Counsellor Aung San Suu Kyi were detained by the military on February 1.

The military had demanded the postponement of new parliamentary sessions, citing massive voting fraud in the November 2020 elections, which saw the National League for Democracy win a majority of seats in both houses of parliament. Myanmar’s Union Election Commission dismissed the allegation.

Peaceful protests across Myanmar continued on Monday. Demonstrators demanded the release of Aung San Suu Kyi, among others.

The Myanmar military called for stability, public security and rule of law in the country amid ongoing protests earlier on Monday.