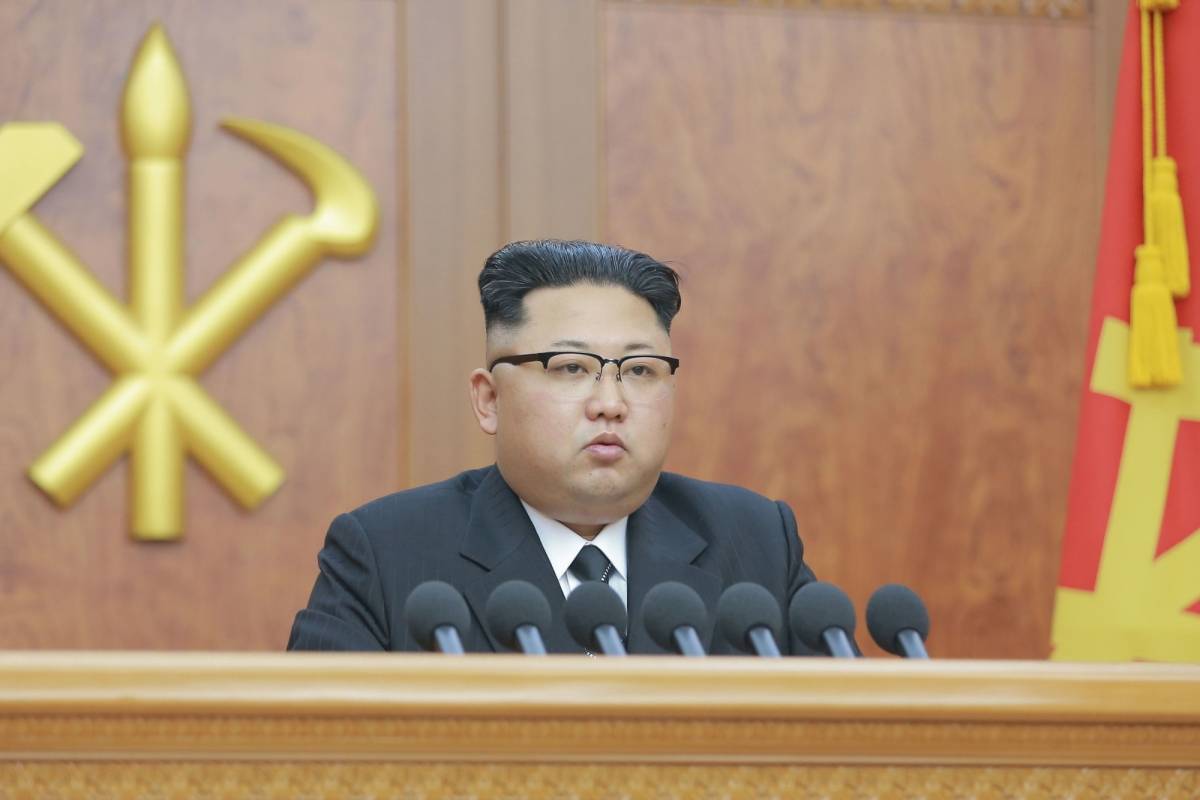 Kim said that halting hostilities by Washington will be the key to future relations between North Korea and the US….reports Asian Lite News

North Korean leader Kim Jong-un, has urged the US to end its hostile policy towards Pyongyang. In the report, the state-run Korean Central News Agency (KCNA) said Kim made the remarks at the ongoing eighth Congress of the ruling Workers’ Party, reports Xinhua news agency.

Kim said that halting hostilities by Washington will be the key to future relations between North Korea and the US.

However, Washington’s policy against Pyongyang won’t change regardless of who rules the White House, the KCNA report quoted Kim as saying.

This is the first response by North Korea to the new American government as President-elect Joe Biden will be inaugurated on January 20.

North Korea’s external political activities going forward should be focused on suppressing and subduing the US, the basic obstacle and the biggest enemy against Pyongyang’s revolutionary development, said the KCNA report.

On his new policy on South Korea, Kim said bilateral relations could return to three years ago when a peace mood was created “at any time”, but this only depends on Seoul’s attitude.

Relations with Seoul went cold starting June 2020 after Pyongyang demolished an inter-Korean liaison office in the border town of Kaesong in retaliation for South Korea’s failure to stop activists from sending anti-North Korean leaflets into the North.

The Congress, which opened on Tuesday, continued on Friday and the participants discussed the first agenda item “Review of the work of the Central Committee of the Workers’ Party of Korea”, the KCNA reported.

In the report, the official Korean Central News Agency (KCNA) said that Kim suggested practical ways to give full play to the advantages of the country’s social system during third-day session of the eighth Congress of the ruling Workers’ Party of Korea on Thursday, reports Xinhua news agency.

In his report reviewing the work of the Party’s seventh Central Committee, Kim analysed and evaluated in depth the shortcomings exposed and lessons drawn from work in the past five years, setting forth “directions and ways for opening up a fresh golden age” by carrying out reforms in such fields as “education, public health, literature and arts”, KCNA said.

During the session, Kim and the congress attendees also doubled down on the Party’s general stance to comprehensively expand and forge external relations, including ties with South Korea, KCNA added.

During the previous Congress held in 2016 for the first time in more than 30 years, the North announced its five-year development plan that ended last year and declared the “byongjin” policy of simultaneously seeking nuclear weapons and economic advance.