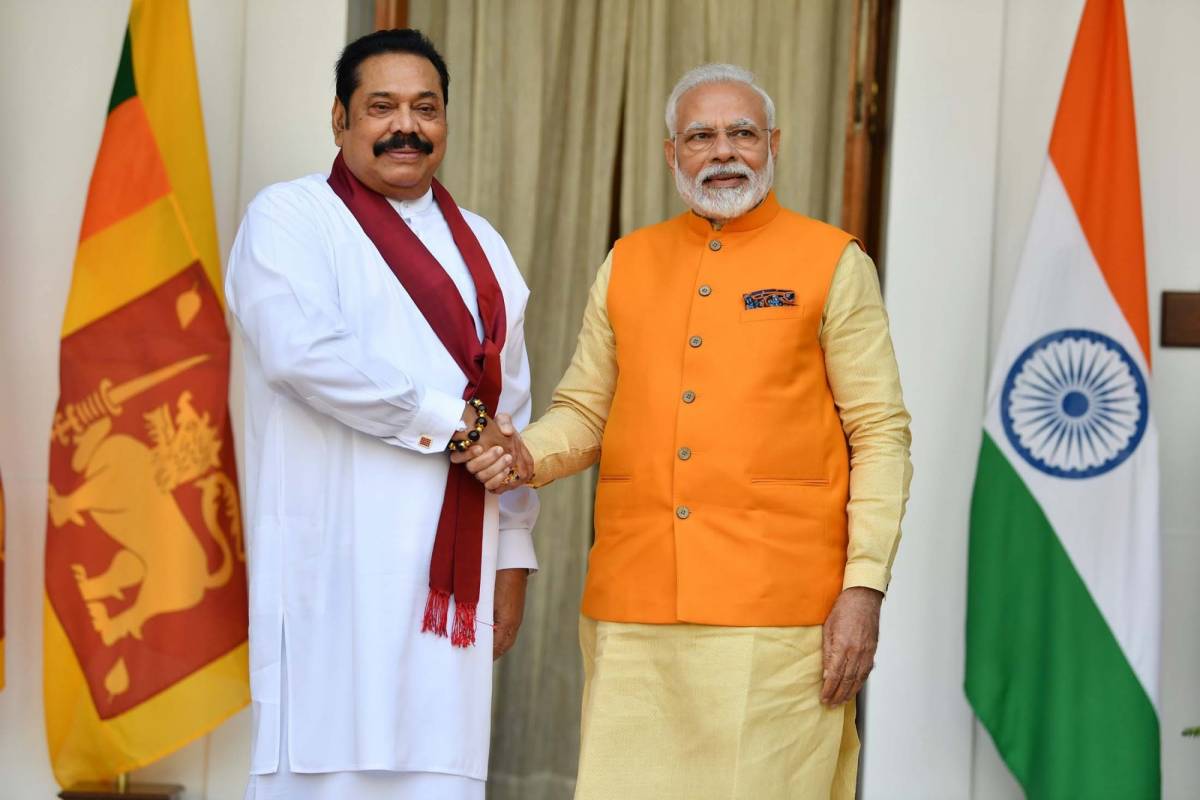 The new cycle of inter-ethnic tensions once again reinforces that Sri Lanka and India have a shared interest in preventing an uneasy situation from getting out of hand. Sri Lanka needs India’s support to bridge its ethnic divide between Tamils and the majority Sinhala community, reports Atul Aneja

The destruction of a war memorial in Jaffna University, followed by a decision to restore it, has yet again exposed the uneasy relationship between ethnic communities, and the need for Sri Lanka to heal from within.

On January 3, Jaffna University authorities decided to raze a war memorial commemorating the Tamil bloodbath during the last phase of the three-decade-long civil war that ended in 2009. The memorial was a reminder of the killings of Tamils at Mullivaikkal, a small village in the northeast coast of Sri Lanka.

In the late hours on January 9, several students as well as the mayor of Jaffna, Vishwalingam Maniwannan, protested outside the gates of the University, around 300 km north of Colombo.

The new cycle of inter-ethnic tensions once again reinforces that Sri Lanka and India have a shared interest in preventing an uneasy situation from getting out of hand. Sri Lanka needs India’s support to bridge its ethnic divide between Tamils and the majority Sinhala community. New Delhi’s backing would be essential for preventing the re-emergence of Tamil Nadu as a rear base for ethnic Tamils, if the internal situation inside Sri Lanka turns really ugly.

Already, the move to demolish the memorial has triggered a firestorm in Tamil Nadu, where most residents share ethnic ties with Sri Lankan Tamils. Chief Minister of Tamil Nadu E.K. Palaniswami took to Twitter to strongly condemn the demolition and said: “The news that a monument erected at the Jaffna University campus in memory of university students and the general public who were mercilessly killed in the final phase of the war in Mullivaikkal, Sri Lanka, has been demolished overnight is shocking,” ANI news agency reported.

“I strongly condemn this act of the Government of Sri Lanka which has caused great pain to the Tamils of the world and to the Vice-Chancellor of the University of Jaffna who accompanied it,” Palaniswami said in another tweet.

“This despicable act of racism is highly reprehensible. I strongly condemn this unacceptable act,” Panneerselvam wrote in a tweet.

Stalin also took to Twitter and condemned the move. “My strongest condemnation for the demolition of the Mullivaikkal memorial at the University of Jaffna, following the demolition of the traditional monuments of Eelam Tamils! @PMOIndia Condemn this shocking incident! This is the expectation of the Tamils of the world,” he said.

India on its part needs a peaceful Sri Lanka, for an internal conflict can involve foreign players, especially China in the island nation. Already, India is wary of Sri Lanka’s growing ties with China, a country with which New Delhi is facing a standoff in Ladakh.

Aware that the ethnic fault-lines between the Tamils and the majority Sinhala community need to be bridged, India’s External Affairs Minister S. Jaishankar had, in a recent visit to Colombo called upon the Sri Lankan authorities to enforce the existing peace accords meant to seal old inter-ethnic wounds.

The accord was enacted on November 14, 1987, which triggered the Article 13A amendment to the Sri Lankan constitution.

Despite the introduction of Article 13A in the Constitution, Colombo has not enforced it.

Consequently, the government of Sri Lanka has not put it into action, basically, the devolution of powers to the 9 provinces of Sri Lanka, arguing that “it was pushed down the throat of President JRJ by India, hurriedly”, Sri Lankan writer L, Lilvani opined in an article contributed to IndiaNarrative.com.

During his visit, Jaishankar also met members of the Tamil National Alliance (TNA), a coalition of Ilankai Tamil Arasu Kadchi (ITAK), Tamil Eelam Liberation Organisation (TELO) and People’s Liberation Organisation of Tamil Eelam (PLOTE). According to Lilvani, TNA believes that a new constitution is imperative if Sri Lanka is to move forward towards sustainable peace and prosperity as a united country.

But the healing of old wounds will not be easy as each side carries a historical baggage, which cannot be easily shed. Sri Lanka saw one of the most gruesome and bloodiest war which lasted for 30 long years. It ended in 2009, resulting in the sacrifice of soldiers, politicians, academics as well as civilians. On the other hand, the Tamils of the North East also paid a horrendous price. The Tamil Tigers fought tooth and nail with the support of several South Indian politicians as well as the support of the Tamil Nadu youth who have historically, culturally and religiously bonded with the Sri Lankan Tamils.

Fortunately, the protestations within and outside India regarding the demolished memorial seem to have prodded the relevant authorities in Sri Lanka in the right direction. The website of the Colombo Post newspaper reported on Monday that the Jaffna University vice chancellor had laid the foundation stone for destroyed monument, which will now be rebuilt. The daily also reported that Tariq Ahmad, UK’s Minister of State for South Asia and the Commonwealth, had also expressed regret over the demolishment of the memorial.

Also read:Nadda, Rahul due in TN as campaigning gains momentum