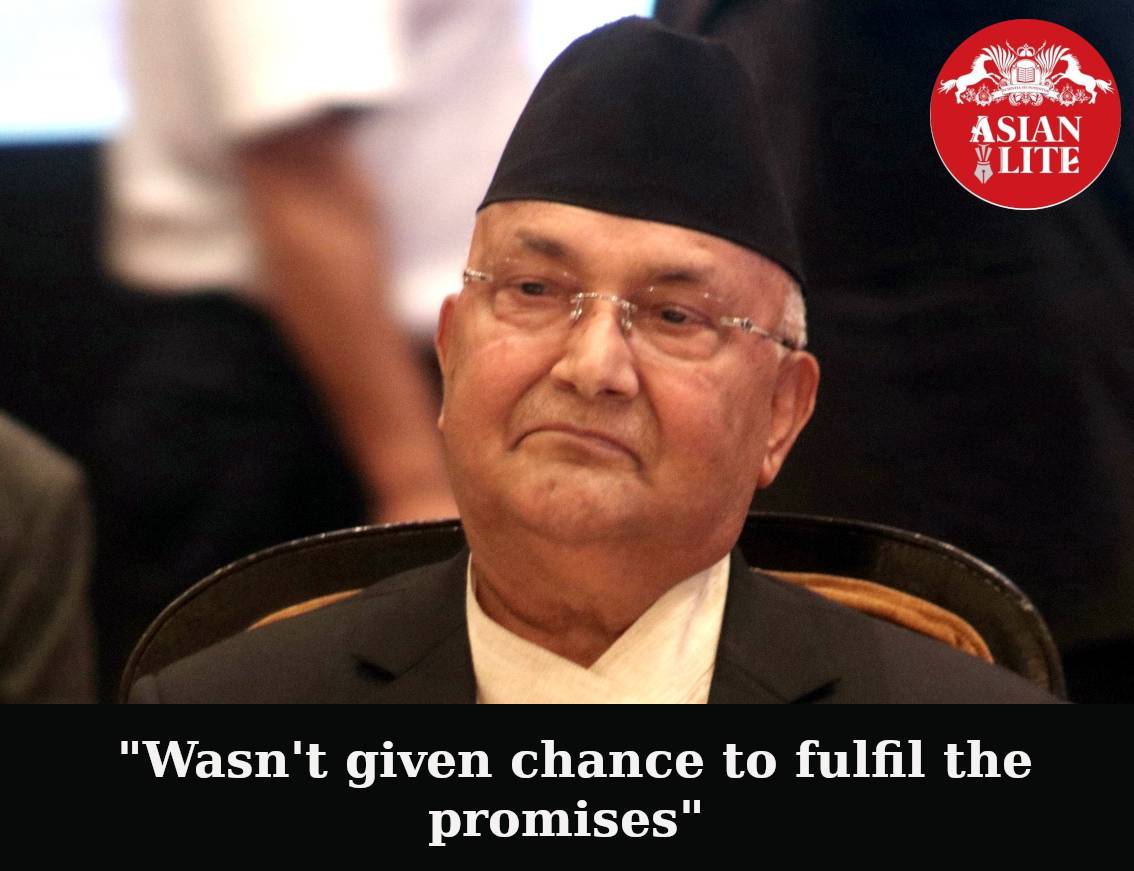 Dissolution was inevitable to save the country: Oli

Nepal Prime Minister KP Sharma Oli has also added that he was not given a chance to fulfil the promises he had made to the people….reports Asian Lite News

Nepal PM Oli said that dissolution of Parliament was the most viable option to prevent the country from falling into the deep pit of instability and political conspiracies.

He said this while presenting the government’s achievements in the past three years in office, The Himalayan Times reported on Tuesday.

Nepal Prime Minister KP Sharma Oli has also added that he was not given a chance to fulfil the promises he had made to the people.

The Prime Minister said that it was a matter of utter despair that the party’s Co-chair Pushpa Kamal Dahal had accused him of criminal offences in the letter of no trust motion.

“There was not even a single formal complaint or constructive criticism against me at the parliamentary party or against the party’s whip or chief whip. The letter was filled with negativity and to make matters worse they printed the letter and circulated it across the country,” The Himlayan Times cited Oli as saying.

Addressing members of the Cabinet and government officials at his office in Singha Durbar, Oli said he had tried his best not to make the Parliament a victim of his party leaders’ vested interest.

“The leaders neither let me appoint people in key posts nor did they allow me to work smoothly. They almost ran a parallel government and this compelled me to dissolve the House.”

He, however, admitted that his government could not do much due to the pandemic, which affected the economic activities across the world.

He said the country’s Human Development Index was constantly rising, and it showed that the country was gradually developing.