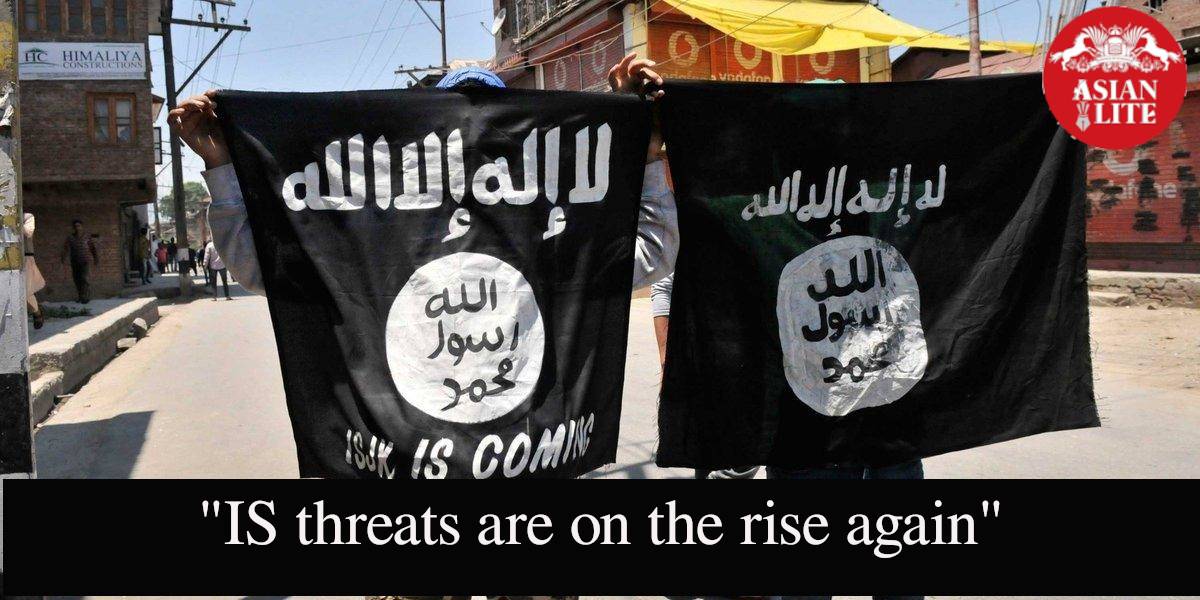 Addressing the Security Council on Wednesday, UN counter-terrorism chief Vladimir Voronkov said that despite the competing priorities brought by the Covid-19 pandemic, it is “crucial” for member states to remain focused and united in thwarting terrorism…reports Asian Lite News

A top UN official said the threat to international peace and security posed by the Islamic State (IS) terror group is “on the rise again”, despite its fall in both Iraq and Syria.

Addressing the Security Council on Wednesday, UN counter-terrorism chief Vladimir Voronkov said that despite the competing priorities brought by the Covid-19 pandemic, it is “crucial” for member states to remain focused and united in thwarting terrorism, reports Xinhua news agency.

“While IS has not developed a purposeful strategy to exploit the pandemic, its efforts to regroup and to reinvigorate its activities (has) gained further momentum,” he said.

Via a video conference, the UN official flagged that the terror group has maintained the ability to move and operate, including across porous borders.

At the same time, the pandemic’s socio-economic toll and political fallout could further render individuals receptive to radicalisation and recruitment.

As the international community continues to grapple with the legacies of the group’s so-called “caliphate”, Voronkov said that some 10,000 IS fighters, mostly in Iraq, are pursuing a protracted insurgency, posing “a major, long-term and global threat”.

“They are organised in small cells hiding in desert and rural areas and moving across the border between the two countries, waging attacks,” he elaborated.

The top UN official also spoke of the precarious situation of the mostly women and children with links to the fighters, zeroing in on the dire humanitarian and security situation in detention facilities and displacement camps, “especially in al-Hol (Syria’s largest refugee camp)”.

“Nearly two years after the territorial defeat of IS, some 27,500 foreign children are still in harm’s way in the camps in northeast Syria, including about 8,000 children from some 60 countries other than Iraq,” he said, adding that 90 per cent are under 12.

He briefed the Council on IS activities in West Africa, Asia and Southeast Asia, recalling two suicide bombings conducted by women in the Philippines last August.