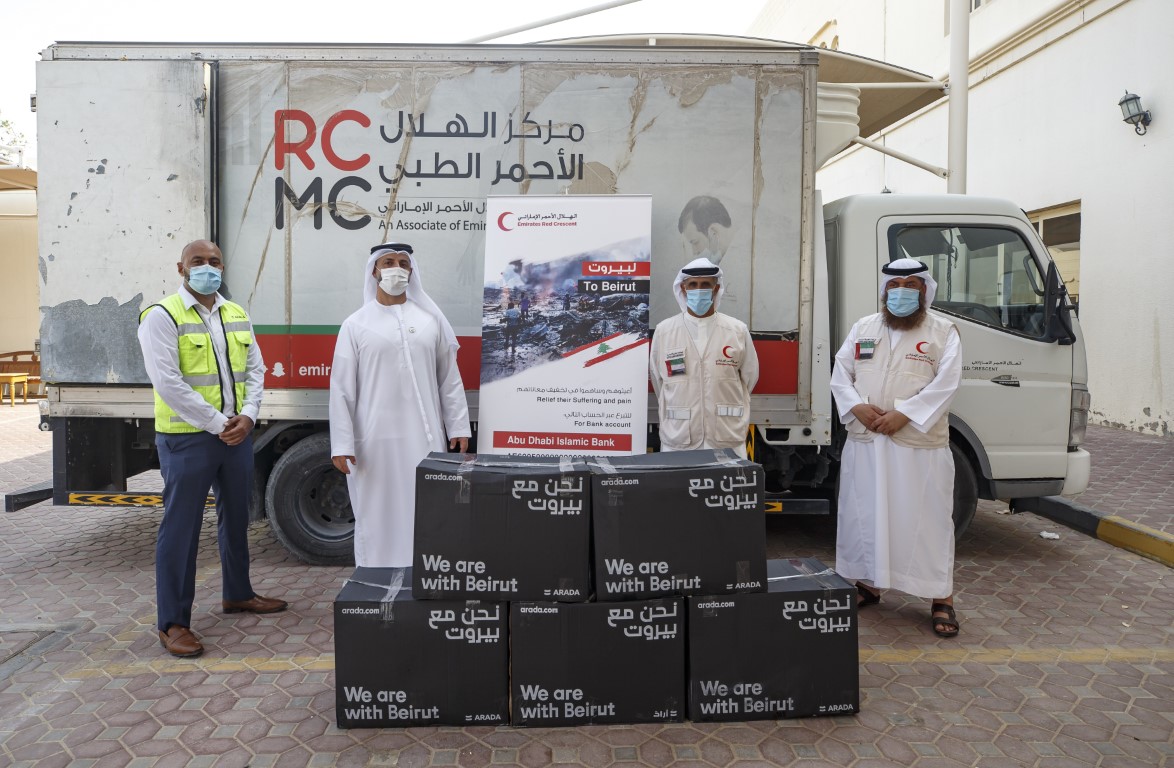 “Salam Beirut”, an emergency aid campaign that is providing relief for victims of the devastating explosion that struck Port Beirut, has commenced work on the repairs and restoration of 485 homes destroyed in the Beirut explosion, which will enable 2,900 victims – 225 of which are refugees – to return to their dwellings in the next six months…reports India Daily News

.The campaign was launched by Sheikha Jawaher bint Mohammed Al Qasimi, wife of His Highness the Ruler of Sharjah, Chairperson of The Big Heart Foundation, TBHF, and Eminent Advocate for Refugee Children at the UNHCR, Led by Sharjah-based global humanitarian organisation, TBHF.  The initial projects of Salam Beirut have identified two emergency shelter intervention projects to support. The first one is by UNHCR titled “Stand with Lebanon”, and the second one designed by Basmeh & Zeitooneh, a registered community relief organisation in Lebanon. Relief work has already commenced in several affected neighbourhoods.

“Salam Beirut” enables the United Nations High Commissioner for Refugees, UNHCR, to see its “Stand with Lebanon” initiative through to fruition. The massive rehabilitation project has begun with emergency shelter kits being provided to 2,025 Lebanese people and 225 refugees. The project will also facilitate repair works in 355 damaged houses, including restoring collapsed and damaged windows, doors and roofs, reinstating common infrastructures such as staircases, utilities and spaces, and finally, rebuilding damaged refugee shelters.

The UNHCR is also mobilising its local relief stocks to provide essential supplies such as blankets, mattresses and plastic sheets to the victims.

Meanwhile, Basmeh & Zeitooneh’s emergency response team is working on restoring 130 houses under the supervision of qualified engineers, including removal of rubble, providing necessary rehabilitation material, electrical maintenance, plumbing and carpentry services, as well as sanitation facilities. It is supplying ready-to-eat meals, bottled drinking water and other essential supplies to the victims.

The project has also provided temporary housing to the victims and will rehabilitate 650 affected people, including Lebanese nationals as well as refugees, on completion.

Speaking about the ongoing campaign, Mariam Al Hammadi, Director of TBHF, said the entity’s humanitarian inputs focused on the most urgent needs of the affected residents and refugees. She asserted that the initial projects of the campaign were on ode to the lovers of the historic city of Beirut who are coming forward to fulfil their humanitarian and moral duty towards their land and its people.

Al Hammadi further explained, “Salam Beirut’s humanitarian relief strategy is based on identifying the most pressing needs of the victims of this unprecedented tragedy with our on-ground partners. In keeping with this, the repair, restoration and relief operations targeted as part of the first phase of the campaign commenced after our partners, UNHCR and Basmeh & Zeitooneh, conducted extensive field visits to determine the real and immediate needs of the victims.”

While announcing the humanitarian campaign onTwitter, Sheikha Jawaher wrote, “What has hurt Beirut has hurt us all”, and called on all individuals and organisations in the UAE and worldwide to lend a helping hand. “Our brothers and sisters in Lebanon need us and we must do our best to fulfil our moral and humanitarian duty towards them. We know no other way but to stand firmly beside those who lost everything overnight – their loved ones, their homes, their livelihoods and their safety – to this shocking tragedy.” “The ‘Salam Beirut’ campaign follows the strong humanitarian spirit and directives of H.H. Dr. Sheikh Sultan bin Muhammad Al Qasimi, Supreme Council Member and Ruler of Sharjah, to stand by nations in their time of need. Through this campaign, we reiterate that Sharjah and the UAE are with every family and individual in Lebanon. Our communities are inseparable.”

“We pray to Allah Almighty to have mercy on the victims, heal the wounded, guide those who are missing back to their homes, and give strength to those who lost their loved ones,” the TBHF Chairperson added.

Two huge explosions rocked Port of Beirut on August 4, shaking buildings all over Lebanon’s capital, while killing at least 177 people and wounding around 6,000 others.  Lebanese President Michel Aoun had said that losses from the explosions August 4 have exceeded $15 billion.