Trent Boult struck with the second ball of the RR innings, swinging the ball away from Yashasvi Jaiswal and getting a nick off him as it flew to wicket-keeper Quinton de Kock. Bumrah then dismissed RR captain Steve Smith for six and Boult then sent back the dangerous Sanju Samson for a duck to reduce MI to 12/3 in the third over.

Mahipal Lomror and Jos Buttler then ensured that RR lost no more wickets in the powerplay. But the former was dismissed in the ninth over, thanks to a screamer of a catch from substitute fielder Anukul Roy.

Jos Buttler kept RR in the chase before he departed for another stunning catch, this time by Kieron Pollard in the 14th over. RR were 98/5 at the time and they crumbled in the next four overs. 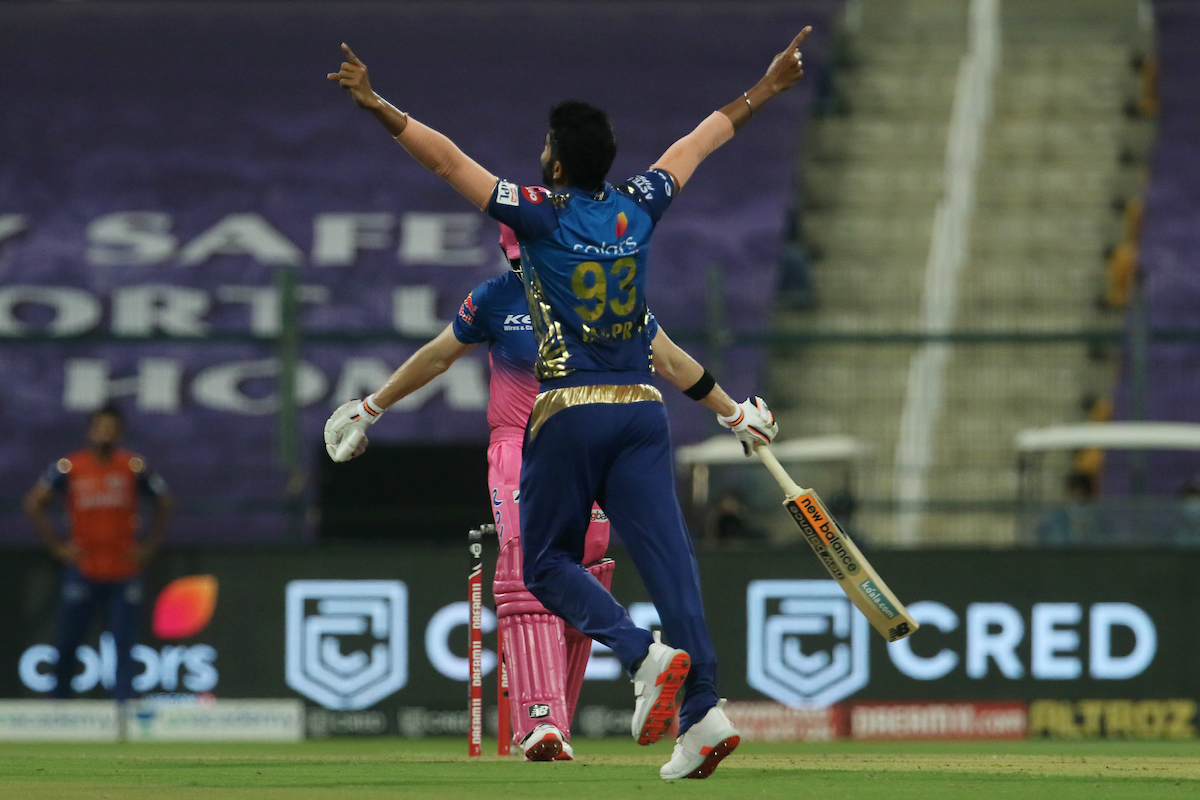 Earlier, 30-year-old Suryakumar Yadav hit 11 fours and two sixes, one of which was off Jofra Archer after he was hit in the head by a bouncer off the previous delivery by the English bowler.

MI were buoyed by a good start provided by openers Rohit Sharma and Quinton de Kock before the latter became Kartik Tyagi’s debut IPL wicket in the fifth over. The opening partnership produced 49 runs.