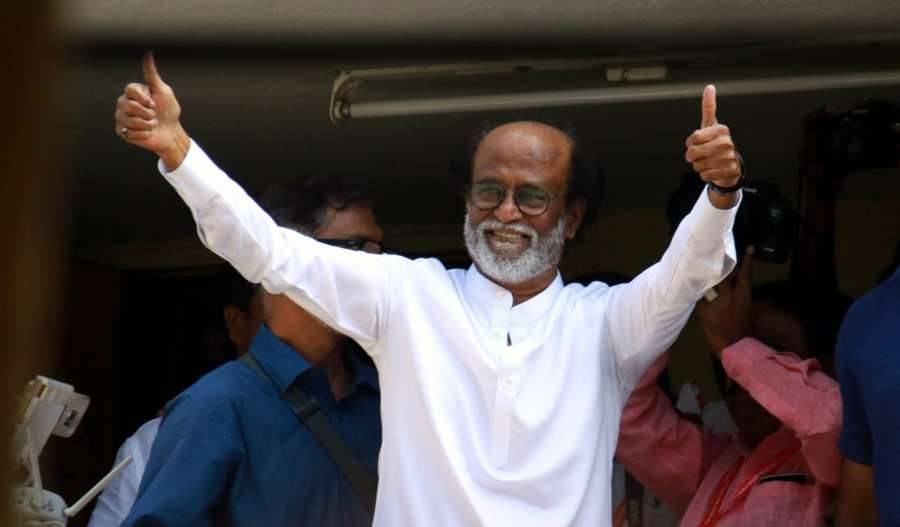 Rajini To Remain In Films

In an anti-climax to his much expected political plunge, actor Rajinikanth on Tuesday announced his decision to back out citing his health condition.

In a three page letter posted on his Twitter handle, Rajinikanth said despite severe precautions taken at the shooting of “Annatthe” movie four persons tested positive for coronavirus.

The actor said while he tested negative for coronavirus, his blood pressure fluctuated and hence was hospitalised in Hyderabad.

Rajinikanth said the doctors had advised him that fluctuating blood pressure will affect his transplanted kidney.

He said the movie shooting got postponed resulting in the loss of crores of rupees and jobs for many.

“All because of my health condition. I am looking at this as a warning given to me by the God,” Rajinikanth said.

The actor also said it is not possible to bring out an uprising amongst the people campaigning via social media after floating a party.

“I have to address public meetings, meet lakhs of people,” he said.

According to him, even in a group of 120 persons (movie shooting team) he was in hospital for three days owing to some people testing positive for coronavirus. And now there is a new virus mutant.

Rajinikanth said as he is taking immunosuppressants, anti-coronavirus vaccine may not be effective and if his health gets affected his fellow political passengers might face various problems.

“Hence with much regret I am saying that I am not in a position to start political party and enter politics. Only I know the pain when I announce this,” Rajinikanth said.

The actor said without entering politics he will serve the people.

In view of his post-transplant status, labile hypertension and age, the doctors have advised him complete bed rest for one week with regular monitoring of blood pressure. He was also advised to undertake minimal physical activity and to avoid stress.

He has also been counselled to avoid any activity that increases the risk of contracting Covid-19, the hospital added.

Earlier, the hospital in the medical bulletin released revealed that there was nothing alarming in the test reports of Rajinikanth.

A couple of people on the film sets had tested positive for Covid-19. Rajinikanth was tested on December 22 for Covid but was negative. Since then, he had isolated himself and was being monitored closely.

On December 14, a picture was posted by Sun Pictures that showed Rajinikanth at the shoot of Annaatthe. He was seen sitting on a chair with his mask on.

Annaatthe is a Tamil action film written and directed by Siva, and produced by Kalanithi Maran under the banner Sun Pictures. The film stars Rajinikanth with Meena, Khushbu, Keerthy Suresh, Nayanthara, Prakash Raj and Jackie Shroff.

on May 2020, Sun Pictures announced that Annaatthe is scheduled to release on Pongal. However, the film was subsequently postponed owing to delays following the Covid outbreak.

Also Read-Lisa believes music as the ultimate alleviator of pain

Read More-Redefining The Meaning Of Fashion