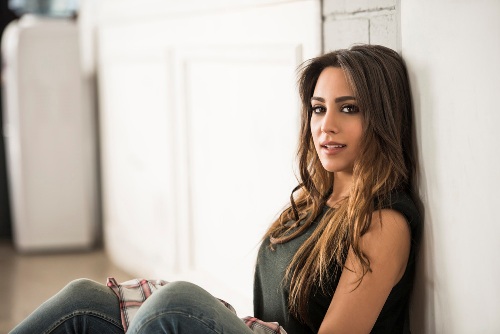 ‘Be Open About The Challenges To Success’

Grammy-nominated Lebanese singer and songwriter Mayssa Karaa, who describes her time at the Berklee College of Music as full of exposure to “so many different genres of music and people from all over the world”, says that the ongoing pandemic also had a similar effect in terms of bringing people together.

Mayssa, who was born in Lebanon’s capital Beirut and lives in the U.S., says Berklee was a place where her exposure to world music and cultures inspired her. “It expanded the horizon and possibilities of what I can create with my music, so I would say it was definitely eye-opening. As it has helped me collaborate with people from all over the world, I ended up performing Music from the Balkans even more in Jazz and trying to bring together Arabic influences, whereas, with other genres of music, I tried blending it with different cultures. This was definitely something I never thought I would be exposed to until I went to Berklee and had the access to platforms such as these,” Mayssa told IANSlife on the sidelines of a live virtual conversation for ‘Road to Becoming’ series by Futados School of Music. Her interview is available to watch on FSM’s Facebook page.

About this lockdown experience, she said: “It is always nice to tell and celebrate the successes with the fans but to also be open and tell them about the challenges that we go through in the industry. It is not an easy road. It requires a lot of dedication and perseverance and it is a challenge to rise above all of this and still be creative and come up with things that are authentic to you and align with your brand as a person but also your moralities and your identity.”

In terms of the pandemic and its collaborative effect, she feels that “it did definitely have a similar effect in terms of bringing people together. It is crazy that sometimes, it takes being in challenging circumstances for us to get out of our comfort zone and come up with creative solutions and ways to adapting to the situation and trying to do things that we did not think we would be doing. During the pandemic, I actually collaborated with a lot of people around the world, friends of mine that I haven’t collaborated with for a long time, and we created music that we were very excited about and launched it online. The series was titled ‘Unplugged but connected’ which means that even though we are not together in person, we can still connect and create things remotely. That’s the power behind being exposed to people from all over the world even during such challenging circumstance.”

With her captivating multi-octave voice and persuasive cross-cultural message, the vocalist defines a new era of musical inclusion. With the U.S. as her current home base, Mayssa, who sings in nine languages, has travelled the world performing music in a fusion of east and west. She has launched the first single ‘Call Me A Stranger’ and music video of her full-length English solo debut, ‘Simple Cure’

Mayssa’s voice featured in the film ‘American Hustle’, where her Arabic version of the 60s classic “White Rabbit” was a standout track on the Grammy-nominated soundtrack album. She’s also worked with Oscar-winner AR Rahman on a Tamil song, “Hayati”, featured in Tamil film ‘Chekka Chivantha Vaanam’.

Her birthplace Beirut, saw a massive explosion in early August, which destroyed many parts of the city and was felt in neighbouring countries. Mayssa, who happened to be in Beirut at the time, shares her response as an artist and a native.

“I was actually in Beirut during the explosion. It was a very traumatic experience. I live a few minutes away from the city so we felt it very much. There was the destruction caused by it in our building. My father was right where the explosion happened, just a few minutes prior to the explosion. We were lucky that he was home by the time it happened and that my family members were all safe. But definitely, the sound and the trauma that we all experienced is going to take time to heal. It was very hard for me to come through and express it.

“It is kind of like you have this energy you have inside of you. A message you want to speak about but it is hard and it takes time for us to talk about it and express it. As an artist, I am lucky to be able to express it through my music and it has definitely inspired me to create my first original track in Arabic. I have done a lot of songs and covers and worked with a lot of international and middle east artists, but I was never confident enough to create my own Arabic song. And the lyrics were written by the very famous Lebanese poet and I composed the music.”

Calling it another example of how challenging circumstances can sometimes put you in a place where one has to challenge themselves, she says: “You will be left surprised with what comes out of you, while in normal times you wouldn’t challenge yourself to do something. The song circles around the idea of the world coming together and to connect with your roots and I am very excited to share this track with everyone very soon.”