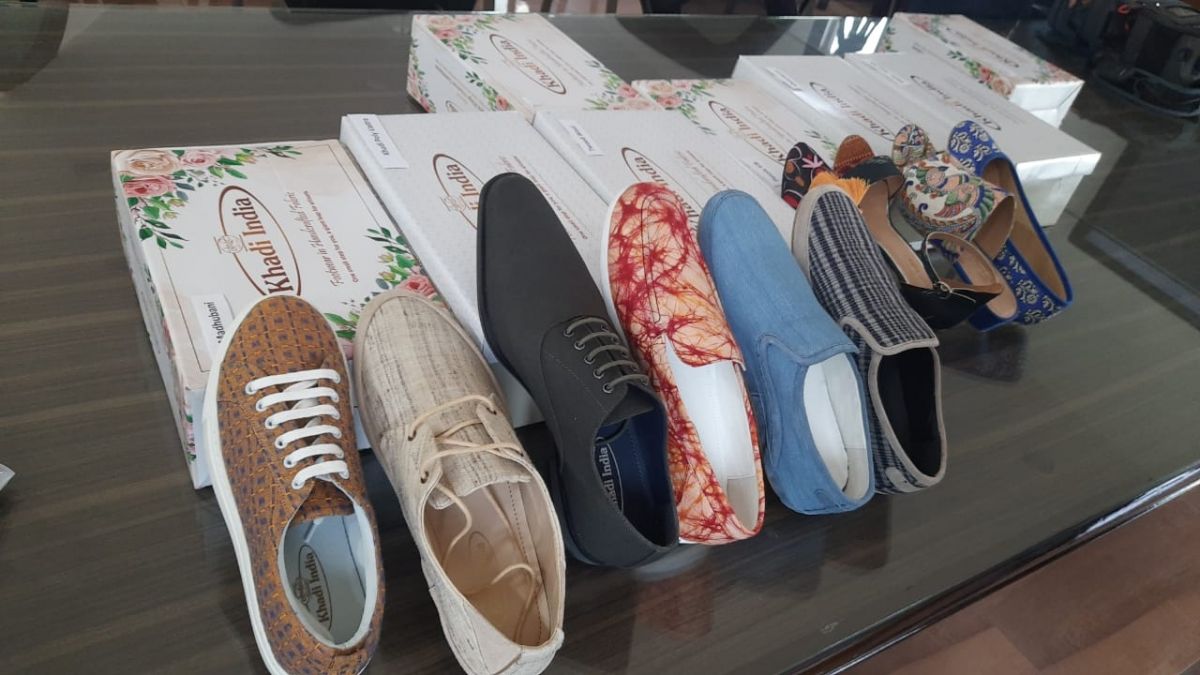 Eyeing on the Rs 50,000 crore footwear market in India, Khadi Village Industries Corporation (KVIC) on Wednesday launched a range of footwear for men and women made of Khadi fabric and said that it plans to tap the Rs 1,000 crore market in the first year.

He said, “This venture of Khadi can generate business worth Rs 5,000 crore in the coming years.”

He also said that Khadi India needs to tap on the purse, wallet and women’s bag market made of Khadi fabric, which has high global demand, particularly in the European countries.

Gadkari also hailed KVIC for launching the product and said, after the US and China, India is one of the biggest shoe consumers globally.

The KVIC Chairman said in India the market of footwear is worth Rs 50,000 crore. “And we plan to get the market share of at least Rs 1,000 crore in the first year,” Saxena said.

He said the Khadi footwear range is made up of the best fabric just like the Patola saree of Gujarat, Madhubani painting of Bihar, Matka silk of Bihar and the Denim fabric. He said that the Khadi has the best rubber soles in these shoes. These footwear will be sold online through KVIC website, he said.

Saxena pointed out that many European countries were turning vegan and with no use of leather in the Khadi shoe range, we are hopeful to generate a good demand for the same globally.

He also added that this step of launching own Khadi footwear is a step towards self reliant India.