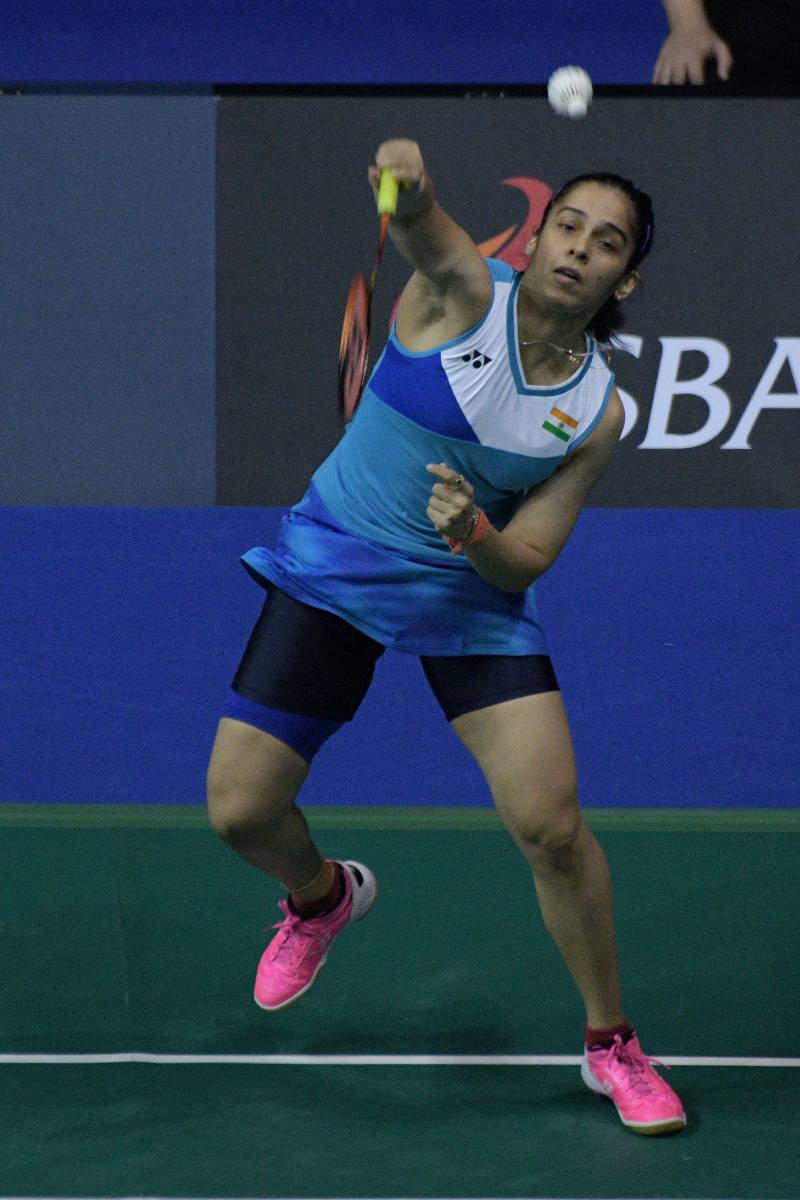 Ace Indian shuttler Saina Nehwal on Thursday crashed out of the ongoing Thailand Open after suffering a hard-fought second round defeat against local Busanan Ongbamrungphan.

Saina started the first game well but she squandered some chances and conceded a 9-11 lead at the mid-game break. However, the Olympic bronze-medallist came back strongly and used all her experience to take the first game 23-21 in 26 minutes.

Ongbamrungphan then staged a stunning comeback and didn’t provide her Indian opponent to rule the next game, winning it 14-21 and taking the match into the decider.

In the final game, the Thai upped her game by a notch and won 21-16 to enter the quarterfinals.

In the previous round, Saina had registered a comfortable 21-15, 21-15 win over Kisona Selvaduray of Malaysia.

With Saina’s loss, India’s challenge in the women’s singles event has come to an end at the tournament. Sixth-seeded PV Sindhu had lost her opening round match 21-16, 24-26, 13-21 to world No.18 Mia Blichfeldt on Wednesday.

Meanwhile, in men’s singles, Kidambi Srikanth also pulled out of the tournament before the start of his second-round match due to a calf muscle strain. Kidambi was slated to face Malaysia’s Lee Zii Jia but the later will go through with the Indian pulling out and offering a walkover.

“Very sad to let you all know that I have been advised to pull out of Thailand Open due to a calf muscle strain. I am hoping to be fit by next week for the next round of the Thailand leg,” Srikanth said in a tweet.

Earlier in the day, the star Indian pair of Satwiksairaj Rankireddy and Chirag Shetty crashed out of the men’s doubles event after suffering a straight-games defeat in their second-round contest.

Satwik-Chirag suffered a 19-21, 17-21 defeat against the Indonesian duo of Mohammad Ahsan and Hendra Setiawan in a match that lasted 34 minutes.