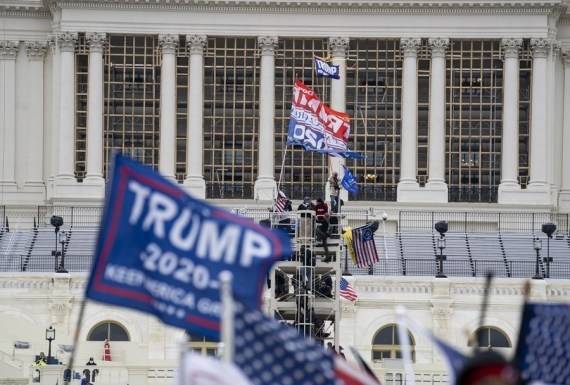 “Hateful behaviour and violence have no place on TikTok. Content or accounts that seek to incite, glorify, or promote violence violate our Community Guidelines and will be removed,” said TikTok…reports Asian Lite News

Facing the ire of the Donald Trump administration, Chinese short-video making platform TikTok has removed videos of President Trumps speech inciting supporters to mob the US Capitol, stressing these violate the misinformation policy.

“Hateful behaviour and violence have no place on TikTok. Content or accounts that seek to incite, glorify, or promote violence violate our Community Guidelines and will be removed,” the company said in a statement on Thursday.

According to a report in TechCrunch, TikTok will still let people post “counter speech” videos that dispute incorrect claims.

TikTok said it was also blocking hashtags related to the riots, such as #stormthecapitol and #patriotparty.

The Donald Trump administration in the US late last month appealed against a federal judge’s order that blocked restrictions on TikTok from taking effect in the country.

The appeal was filed against the December 7 order by US District Judge Carl Nichols which blocked the US Commerce Department from putting restrictions that it had planned to impose on the short video-sharing platform owned by Chinese unicorn ByteDance.

The order came in response to a challenge to the Trump administration’s executive order on August 6 that would have barred US companies from doing transactions with ByteDance.

Facebook announced on Thursday that the restrictions on Trump account will continue till the end of his term on January 20.

It remains to be seen the future course of Twitter, which had also temporarily blocked Trump from further posting after his supporters violently stormed the Capitol building in Washington D.C.